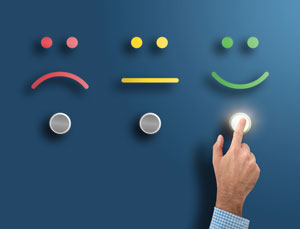 Respond, see what failed in your system and procedures that caused the problem and fix it.

Since people first started service businesses, there have been unhappy customers due to jobs that didn’t quite go the way they were supposed to go or because some people just enjoy being upset.

Unfortunately, just moving on no longer cuts it thanks to the Internet. Today, reviews matter and the impact of bad reviews can affect your business.

The most popular platform for business reviews is Google My Business reviews. For this reason, Online-Access Inc. did a study and analyzed more than 25,000 Google reviews gathered over five years from more than 400 HVACR and plumbing contractors. Here is what we learned.

Overall, these are the general statistics regarding Google My Business reviews.

The good news for most of the home service contractor reviews, is getting bad reviews isn’t common. Out of the 25,000 reviews, only about 1,500 were below a 3-star rating. So, more than 94 percent of the reviews were favorable. Unfortunately, the first thing many potential customers do when looking for a service company is sort their reviews by the unfavorable ones first.

We also learned that the number of people leaving reviews is rapidly increasing. Of the 25,000 reviews looked at over the five-year period, 7,000 of them were left in just the last 6 months!

This increase is due to the cultural shift of both businesses and consumers actively seeking out reviews and the growing number of review platforms that have sprung up to facilitate customer feedback.

Of the 1,500 bad Google reviews studied, here are the top three reasons — which account for more than 50 percent of those bad reviews.

Mismanaged Client Expectations. These were the complaints where the customer had expectations of either the process or the results that were not met. Even though some of these expectations were not valid, the bad review could have easily been avoided had the contractor communicated or taken the time to learn the customer’s expectations before taking the job.

For example, the customer buys a single air conditioner for his two-story home and becomes irate when the contractor tells him after the job, that the upstairs may be up to 10 degrees hotter. These types of reviews could have been easily prevented by better communication.

Pricing Issues. Complaints where the customer did not equate the value of what the contractor delivered with the price they had to pay.

Bad Service. These were the ones caused by missed appointments, broken promises or sloppy work. Even though there are always two sides to every story, the basic theme of these reviews was poorly-delivered service.

Of the three major types of reviews looked at, communication before the job was done could have avoided most of the customer’s frustration. Customer dissatisfaction mainly occurs when pre-set expectations are not met.

In the example used above, even though the results would have been the same, had the salesperson communicated it before the job, the customer would have received the results he expected and not been frustrated.

Believe it or not, responding to bad reviews is worth your time. Here are four reasons why:

Of course, responding to a negative review may seem like a daunting task. Here are 12 simple suggestions on responding to reviews that should help you in your response:

Wait, breathe deeply and wait some more. Waiting a day or so to respond will help you cool down as well as let the customer move on, reducing the potential of them responding to your response.

Verify that it is a real review from a real customer. Knowing who the customer is can help make responding easier. For example, if the review is from a disgruntled ex-employee, your web company can probably help you get it removed.

You can only control their expectations before the job. The burden of making sure they know what they are getting is on you, not on them. If you later tell them they should have known something that wasn’t discussed or documented, it implies you’re not giving full disclosure.

Be rational and calm (even if the reviewer is not). The calmer and more professional your response, the more irrational it makes the complainant appear in contrast.

If you screwed up, come clean and make it right. Knowing you take responsibility for your mistakes helps potential customers trust you more.

If they reviewed under a false name, respond with their real one. If the bad review comes from someone trying to hide their name by using a fake one, respond to them using their full name. It’s only fair since they’re using your real name. Many times, the angry reviewer will remove the review out of embarrassment or lost anonymity.

Just the facts, no emotion. Remember, you want to be seen as the reasonable and calm one.

Assume they are confused, not lying. Don’t accuse the reviewer of lying. In print or online, always assume the best. Others reading the review will draw their own conclusions. Name calling will not help those conclusions.

“Bless Their Little Heart.” It’s a running joke in the south that you can say anything you want about someone as long as you end it with “… bless their little heart!” Always end your response that you are sorry for their choice to be angry over the situation, but you wish them the best in the future.

Be aware that user reviews can always be updated or changed, so your response should, too. Going through your reviews every so often is a good idea because customers can update their reviews any time they want. Updating your response to reflect the change shows that you care or want to make things right and are actively engaged with your reviews.

When in doubt, see how other companies responded to similar reviews. If you aren’t sure how to respond, looking at how others have handled similar customer complaints just got easier.

Since we pulled and classified the 1,500 random reviews received by contractors, we decided to create a tool to search out similar client complaints and see how others have handled them.

The tool can be found at hvacwebsites.com/badreviews. Feel free to bookmark it and use it for ideas when you next have to reply to a frustrated customer. All identifying information has been removed from the reviews and the responses and not all the responses are ones that we would recommend you use. We left those responses, however, since they help show how anger doesn’t help the situation or the perspective the reader takes away about the company.

This database of bad reviews also makes a great tool for technician meetings. Before you end a meeting, read five of the reviews and ask your techs what could have been done to prevent it.

Since the review is not about them, it lets your techs look at the situation rationally without becoming defensive. The simple exercise of focusing your techs on the fact that both actions and inactions have consequences will pay off ten-fold and reduce bad reviews simply by keeping them focused on customer perceptions.

The best advice when you get a bad review is to respond to it, to see what failed in your systems and procedures that caused it and then fix it. 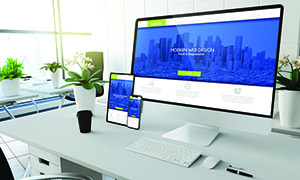 Web Design and the Playground – the Rules Aren’t That Different

Respond, see what failed in your system and procedures that caused the problem and fix it. 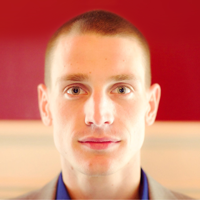 When someone writes a negative review, it doesn’t have to be a blemish on your record. It can be the stage on which you display your devotion to customer satisfaction and service.

3 ways to promote the positive and respond to the negative. 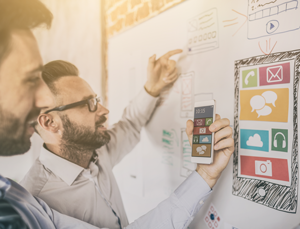 Use social media platforms to communicate with your customers in real time.