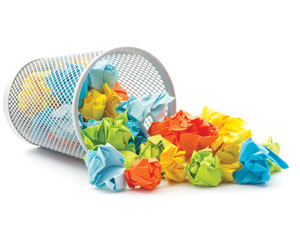 You don’t know how far you can go until you’ve gone too far. This was something my father said often when I was younger, most likely linked to some action I committed that was based on a poor decision.

As children growing up, you learn to test boundaries; you learn quickly failure can teach the most memorable and tactile lessons. We learn to walk by trying and falling; we learn to ride a bike by trying and typically falling. Learning to listen may result in a burnt hand or bump on the head because you didn’t stop jumping on the bed or you didn’t listen when your mother told you the stove was hot.

Life is full of lessons learned through trial and error. And yet as we get older, parents, teachers, professors and business owners less and less encourage the actual art of failure. As an adult, the stakes of failure are higher. Suddenly, failure goes from a bump on the head to life and death consequences whether physically, mentally or financially. And yet history is filled with those who dared to fail, especially within this Industry.

Civilizations and societies since ancient time have played one way or another in the arena of heating and cooling spaces, either due to necessity or due to the pursuit of comfort. Doctor John Gorrie, a Florida physician in the 1840s, was one of the first reported to experiment with the concept of cooling spaces. His goal was to temper the severe Florida heat for his patients by using ice created by a compressor powered by a Horse, water and wind-driven sails.

While Dr. Gorrie’s invention was a success, it wasn’t completely practical. It was not until 1902 that engineer Willis Carrier took up the mantel in the evolution of the HVACR industry, not for the purpose of conditioning a house or business, but in the pursuit of solving the humidity problem that was causing magazine pages to wrinkle at Sackett-Wilhelms Lithograghing and Publishing Company in Brooklyn, New York.

Through a series of experimentations and failures, Mr. Carrier was able to develop the first system to control humidity in a space using cooling coils. It wasn’t long after that Mr. Carrier discovered the correlation between humidity removal and cooling the air (air conditioning) and surmised that this process could benefit more industries.

With a new passion in sight, Mr. Carrier along with six other engineers formed the Carrier Engineering Corporation. At the St. Louis’ World Fair in 1904, the general public got their first taste of comfort cooling at the Missouri State Building, where the AC system used 35,000 cubic feet of air per minute to cool the 1,000-seat auditorium.

By the 1920s Americans were flocking to the movie theaters to escape the heat in the first comfort-cooled theaters while watching their favorite stars on the big screen. Thus the creation of the “Summer Blockbusters” was born.

But as you may have guessed the story doesn’t stop there. Over the next 90-plus years, the science behind HVACR experienced many ups and downs. Size restrictions, refrigerant and environmental changes and hazards, and the sheer expense of the products made it difficult to bring the technology of heating and cooling to your average home.

So where would we be as an industry if we allowed the failures and pitfalls of the past to keep us from trying and succeeding? Our entire industry is built on the successful failure of our products, as the engineers had to learn to embrace the art of failure.

Testing, researching, developing and experimenting are the backbones for progress, and with each new test engineers and designers learned what a unit was capable of; they literally pushed the unit to its limits until it failed.

So how does one truly accept and embrace the art of failure?

First, we must accept that failing at a task does not make us a failure. As we grow, the act of failing becomes less an act and more a personality description. Generations of children who have matured into adulthood grew up under the mandate that failure was not an option.

When you failed, because we all know failure is inevitable in life, our failure could and would easily become part of our personality definition, causing less and less people being willing to take chances in fear of being labeled a failure just for trying.

Once the cause is determined, we need to take the time to learn from the failure and devise another plan of attack or another way of doing the task. As frustrating as it can be, this is all part of the process. Each time you fail, you are essentially learning how NOT to do the task your trying to do.

Thomas Edison said it best when commenting about his early failures at making a light bulb: “I didn’t fail. I just found 2,000 ways not to make a light bulb; I only needed to find one way to make it work.”

Never be afraid to ask for advice or help. When it comes to success, I believe that most of the greatest victories are not achieved alone. Mentors, counselors, teachers, and even Religious advisors have served as sounding boards for ideas and concepts.

But asking for help or seeking advice doesn’t stop there, the simple act of admitting that you failed and allowing those around you to help you move through the grieving process back to the light is paramount for success as well; because in the end no one wants to suffer defeat alone, but neither do we want to celebrate our accomplishments alone.

Whatever you do, never stop trying. In the end, it is always important to celebrate each small victory and milestone. Without these celebrations we are bound to get discouraged and stop trying.

It’s important in embracing the art of failure, to never give up and to always keep striving to better yourself, your products, your ideas, or your business. For in the end, the only TRUE failure comes from either quitting or not trying at all.

As human beings, whether its mentally, physically, personally or professionally, we need to strive, to move forward and be prepared for failure because it is only through failure, do we discover what we are made of and what we can accomplish. No great invention or work of art was created without a string of mistakes and failures in its wake.

Even the most world-renowned writers, poets, musicians, scientists and engineers spent their time being told no, or being told they weren’t good enough, or watched as their work went up in smoke.

Success is not always about what we can accomplish, sometimes it’s from that fact that we tried and we didn’t give up. Our industry is constantly evolving which requires us as business owners, managers, technicians, and engineers to follow suit.

Always remember that failure doesn’t have to be the end for those who are brave enough to crawl out of the ashes and try again. The failure they experienced the first time gives them strength, knowledge and motivation to succeed that much more the next time around. And that is the beauty of the art of failure.

Learn how to cultivate your Career when you attend conferences.

Cultivating relationships throughout a conference helps build not only your own self confidence and esteem, but also helps guide you in building up your company.

Practice proper listening and communication to become a better leader.

Practice proper listening and communication to become a better leader. 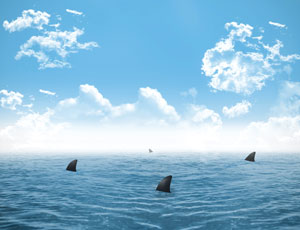 Learn to survive the shark-infested waters of office politics and get along with everyone. 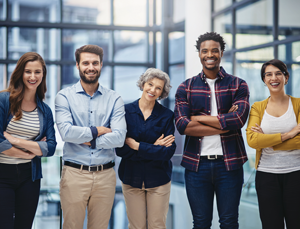 Your behind the scenes employees are the true lynch pins of your organization.