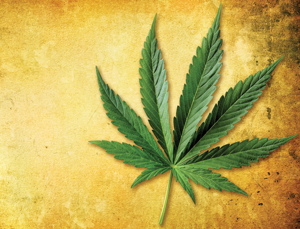 It happened again recently. I was at a social event in my hometown of Colorado Springs meeting new people, and the topic of legalized marijuana came up quickly. A woman who works with a local contractor said, "We had our first marijuana-positive employee drug test just last week."

"How did you handle that?" I asked.

"What could we do? It's legal!" she said, exasperated.

Upon further discovery, I learned that she works for a national service agent, headquartered in a Midwest state that is unfamiliar with Colorado's recreational marijuana laws.

When I asked if the contractor has a drug-free workplace policy, she was confident that indeed they have a strong policy and employees are well aware of it, "But no one knew how to handle this situation because the employee said he smoked two weeks ago."

This happened to be a post-accident drug screen in which the company gave the employee two weeks off with pay, after which time they allowed him to return with a warning that he should test clean should this happen again.

The problems with the above scenario are numerous. We can learn from several of the components to help ensure that managers, supervisors, HR personnel, general contractors and corporate decision-makers are better aware of more productive alternatives that will ensure work places are kept safe and drug-free.

First of all, what this company did exactly right was to perform the post-accident drug screen according to their company policy. That was a smart choice that could help decrease their liability, had a dangerous accident taken place. It's every employee's responsibility to report for work sober and capable of performing his or her work duties. Impairment of any kind is not safe or productive to the company mission.

Our scenario above takes a turn when management proceeded in a fashion that shows a lack of understanding for the law. If you do any type of business in Colorado, please know that Amendment 64 (which allows the recreational use of marijuana in Colorado) clearly states, "Nothing in this section is intended to require an employer to permit or accommodate the use, consumption, possession, transfer, display, transportation, sale or growing of marijuana in the workplace or to affect the ability of employer to have policies restricting the use of marijuana by employees."

Colorado has a solid history of supporting the employer. The writers of Amendment 64 understood that a necessary component of their proposal to the voters had to contain a strong workplace statement. Although the recreational marijuana user has protections from prosecution under Colorado law, they do not have the right to come to work impaired, nor must the employer tolerate it.

The first step to ensure a well-defined message pertaining to employee drug use is a strong drug policy that is clearly stated and well communicated. Zero-tolerance policies are still perfectly enforceable in Colorado. If you have not yet notified your Colorado contract workers that marijuana use will not be allowed in light of safety priorities, this should be on your immediate "to do" list. You can request proof of compliance and require a contractor perform random drug screening to protect your own liability.

Secondly, it's imperative that any and all staff members responsible for responding to a positive drug test result are prepared for next steps well in advance of an incident.

Knee-jerk reactions that stem from confusion and doubt are prone to land a company in hot water. The words, "we didn't know how to handle the situation" were an alarming response.

If your company has not yet had specific training on this issue or created a response protocol, do not wait until you are dealing with a situation before you decide how to handle it. And by all means, please do not be the person who says, "We will not deal with this issue." This is an unrealistic expectation that can catch you unprepared.

In Colorado, we have seen employees who "know better" and have been long-term, loyal, trusted members of a safety-sensitive crew come up positive for marijuana, much to the chagrin of an employee who took for granted their team would never push the boundaries.

This leads to another problem with the response from our example company in that the person responsible for oversight of the drug-testing program was confused how to respond because "the employee said he smoked two weeks ago."

This is where some education is needed and why employers are finding themselves backed into needless corners of confusion. Although popular belief holds that impairment only lasts a few hours, the truth may surprise you.

It has been proven repeatedly in scientific studies that marijuana impairment has a clear 24-hour window. And previous studies were performed when THC content was much less than today's cannabis product. THC (the psychoactive property in marijuana) is the impairing factor and why that metabolite is used in a drug screen panel.

Not only are current marijuana products easily 10 times stronger than previous decades, but thanks to Colorado's unlimited THC allowance, we are seeing products that far exceed anything previously known where marijuana is concerned. Reports of impairment from edibles laced with hash oil have the users stating they felt the effects for 3-4 days. Additionally, sub-acute impairment from marijuana can affect the subject for a week or more.

THC content in the 1960s and 1970s was 1-3 percent in a typical marijuana cigarette. Today's products are commonly in excess of 20 percent. Colorado is producing oils and waxes that are upwards of 80 percent THC.

It should be noted that in Amsterdam, products containing over 15 percent THC are considered to be hard drugs, on par with heroin. Why is this pertinent for employers to know? Because we are dealing with an entirely different substance than the Baby Boomers used in college and that makes a difference where a focus on public health and safety are concerned.

While the issue of impairment testing has become a hotly contested debate, those invested in workplace safety must understand that marijuana-impaired subjects do not "feel" impaired. This does NOT mean they are free from impairment. It simply means they're not recognizing the symptoms of impairment that affect their work, attention, response times and ability to multi-task.

The decision-making should be based upon a clear understanding of marijuana impairment, and not cater to employees who can easily claim to have smoked two weeks prior.

Impairment is Not Acceptable

Handling these situations consistently will strengthen an employer's position rather than weakening it, due to indecision and the appearances of special treatment. Taking an employee's word that the marijuana use occurred some weeks prior is not a solid policy practice for ensuring safety, nor is it a smart precedent to set for future cases.

Employees will often claim all manner of excuses and those with potential substance abuse problems will be highly manipulative and convincing. The issue should NOT be "when" did an employee use drugs, but that drug use occurred which impacted the safety of the workplace.

Presence-in-system testing continues to be the gold standard available and best practice for determining outcomes based upon a drug screen result.

While an employee who chooses to use drugs may claim drug testing is unfair and threaten to sue, bear in mind that every case presented to a Supreme Court has ruled in favor of the employer's right to make decisions based on the drug test results, those decisions being in accord with that company's drug policy.

Giving consideration to allowing employees to maintain even small amounts of THC in their system while in the work environment is not conducive to promoting workplace safety and should not be an area in which employers are tempted to compromise safety standards.

Think for a moment about the tasks your employees are involved in daily: climbing ladders, using power tools, driving vehicles, entering homes and job sites, working with machinery, etc. Most job descriptions in any industry-related type of work requires a level of multi-tasking and clear-headed decision making that should not be clouded by any impairing substance.

Be sure to take stock of the risks and liability involved in allowing or tolerating an amount of "acceptable" impairment.

Employers seem pressured to treat marijuana like tobacco — or to some degree alcohol — both of which can have some similarities (adverse health effects and steep social costs) thereby feeling the need to relent on policies, lessen penalties and reduce standards to make allowances.

Take a moment, however, to ask yourself, "Where do we draw the line? Is a little bit OK?"

How do you measure a little bit versus a lot? If a little is fine, but a lot is not, how much is too much and how do you define the limitations? This is a serious conundrum.

In light of the fact that marijuana impaired employees have 55 percent more accidents and 82 percent more injuries — costing employers dearly in financial losses — it would seem that popular drug use trends are not an area for compromise, allowances or case-by-case "wait and see" approaches.

The answer is: safety is paramount and "legal" does NOT mean SAFE.

Jo McGuire is executive director for Of Substance Media and the president of Five Minutes of Courage. Jo served on the Governor's Task Force to regulate Amendment 64 in Colorado as a certified drug and alcohol technician, and currently serves on the Board of Directors for the Drug and Alcohol Testing Industry Association (DATIA), co-chairing the Marijuana Education Committee. She is an accomplished trainer, writer, speaker and consultant for safe and drug free workplace policies and compliance. You can contact Jo at jo@jomcguire.org or 719-290-0839, or visit www.jomcguire.org for additional information. 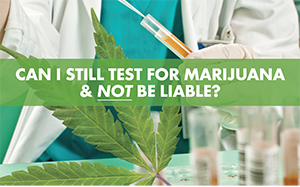 Can I Still Test for Marijuana and Not be Liable?

Rules for drug testing employees can be confusing, but it’s neither as complicated nor as impossible as you may think. 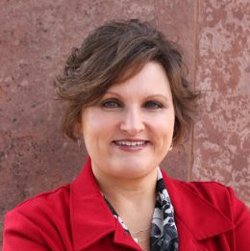 One very unfortunate accident by an employee under-the-influence could cost a large company significantly or a small company everything.

Can I Still Test for Marijuana and Not be Liable?

Rules for drug testing employees can be confusing, but it’s neither as complicated nor as impossible as you may think.

One very unfortunate accident by an employee under-the-influence could cost a large company significantly or a small company everything.