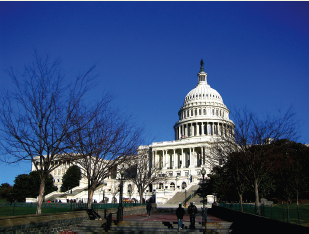 We Live in Dangerous Times — Be Prepared

I deal with new postal regulations all the time that are astonishingly stupid. A few years ago, the Postal Service changed mailing rates for magazines based on weight but did not specify any weight categories. Instead, they directed publishers to use “the droop test,” to see if their costs would go up, i.e., put your magazine on the edge of your desk so that half of it is off the desk and see if it “droops.” If it does, you’re going to pay more. I’m not making this up. Ever look at your issue and wonder why the label is printed upside down? Yeah, its another postal regulation — do it or pay a 40% penalty.

Tomfoolery like this is why every industry, including ours, has lobbying groups. One of their jobs is to babysit politicians and regulatory bodies to minimize the damage they do. Unfortunately, these groups can’t do anything about how ineffective our federal government has become. And, it appears no one can. We’re on our own, so we need to be prepared for anything, including another deep recession caused by an inability of our elected leaders to work cooperatively or inept federal regulators with their own agendas. (We now know that the last recession happened because the agencies that were supposed to be regulating the financial sector didn’t understand the products the financial sector was selling and how they were selling them.)

The government is no longer just one of many challenges business leaders have to manage. It’s become our biggest threat. A new survey of 425 financial leaders from mid-market companies in the United States reflects the frustration that everyone is feeling. According to the 2013 CFO Sentiment Study by The CFO Alliance (www.thecfoalliance.org), “the U.S government’s inability to deal with its own problems and resulting frustration and fear of the potential for fiscal default represents the greatest risk to 2013 performance. CFOs were not shy about expressing frustration and a lack of confidence in the Federal Government, many citing this as their biggest concern and pointing to their increasing frustrations, even post-2012 elections.”

In these dangerous times, it’s understandable that many companies are cautious about spending, but not investing in your business also puts you at risk of stagnant growth. How do you balance the two? I suggest that you reread much of the advice our expert columnists and contributors have written over the last seven years (available at www.hvacrbusiness.com). In fact, maybe it’s time we put together a “best of series” and if that’s something you would find valuable, please email your thoughts to ttanker@hvacrbusiness.com.

Heed Ruth King’s advice and watch financial ratios carefully so that you can spot brewing imbalances that could mean trouble. And start contributing to a rainy-day fund if you don’t already. To offer even more leadership advice, we’ve added a new columnist Wade Mayfield, president of Thermal Services Inc. Wade’s column started in our January 2013 issue and will run in every issue this year, and feature specific advice on vision, mission, strategy and leadership. Ron Smith’s advice on how to engage employees and increase productivity will help you to make the most of current assets. We also have multiple articles that explain the ins and outs of adding new services, such as energy-performance contracting, zoning and maintenance agreements. Finally, we continue to write about how new technologies such as mobile payment systems can streamline processes and get payments for service into your bank account faster.

It’s sad that we’re forced to expand our disaster planning to include another economic implosion caused by the irresponsibility of people we elect and compensate with our tax dollars. But it is what it is. Be smart. Be prepared.

We Live in Dangerous Times — Be Prepared

The government is no longer just one of many challenges business leaders have to manage. It’s become our biggest threat.

What Good Is a Trade Show?

Trade shows provide proven value to the industries that they serve. The return on investment from attending trade shows takes many forms: time saved, information gathered, technology and new methods …

When planning an online presence, first have a written plan and design with your marketing goals in mind. 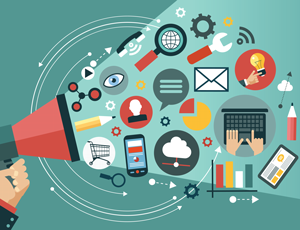 This is the second of two articles on mistakes contractors commonly make on their websites and suggestions on how to avoid them.