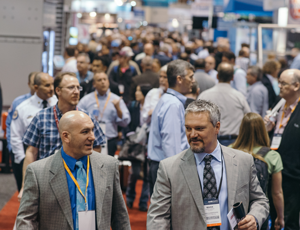 Make the most of your trip for the industry’s largest gathering — and return home with plenty of ideas to kick-start your business for the New Year.

In a few short weeks, contractors, suppliers, consultants, manufacturers and everyone in between will converge on Las Vegas for the largest gathering in the industry — AHR Expo. What better time than the beginning of the New Year to get together with thousands of your closest colleagues to exchange ideas and see the latest trends for 2022?

There is so much to see and do at the AHR Expo, you have to go in it with a plan or you’ll be overwhelmed. If you're planning to make the journey to Las Vegas, we can promise you won't be disappointed.

A show as large as the AHR Expo, however, can be a bit intimidating — especially if you don’t have a plan before you get there.

“The person who walks in and picks up the guide for the first time at the show, they’re going to have a rough day,” says Francis Dietz Vice President Public Affairs AHRI. “The person who has some sort of plan will have a very productive couple of days.”

And as a business leader, you can’t afford to have anything but a productive time in Las Vegas. W spoke with Dietz and a few other industry influencers and AHR Expo veterans to get some advice on how to make the most of your trip — and return home with plenty of ideas to kick-start your business for the New Year.

Here’s what they had to say.

“Do some pre-show planning. What are the key issues you’re facing, and find out who you need to see and what exhibitors you need to visit,” Schroeder says. “Look at the schedules, of not just the educational sessions, but the different exhibitors’ technical seminars at their booths.

“Take advantage of those, and make sure you make time to meet with people who you want to see.”

For Michael Rosenberg, president of Rosenberg Indoor Comfort in San Antonio, attending a show like AHR Expo gives him an opportunity to get away from the everyday minutia of the business while still focusing on the industry.

“It gives me a chance to get a lot of new ideas and see new products,” he says. “Mostly, I’m getting new ideas and new products to sell. If there’s something new and great out there, I want to be able to offer it to my customers before my competition.”

Gary Gardiner, HVAC recruiting team leader at Direct Recruiters, has been attending the AHR Expo for nearly 30 years and is always blown away by the technological advances.

“It’s a chance to see the latest and greatest HVACR technology,” Gardiner says. “Attending the show is also a good way to get an idea of the trends in the industry for the rest of the year. I always come away impressed with the technological advancements.”

Not only will you see a lot of new products and technology at the AHR Expo, you’ll also have an opportunity to really learn about them in depth from knowledgeable people.

“The relationships created between contractors and manufacturers, and the people representing the products is so valuable,” says Wade Mayfield, president of Thermal Services, Inc. in Omaha, Neb. “You’re not getting sales points, you’re getting technical information from the people who created the product.”

“The pre-show is all about planning,” Gardiner says. “Knowing how long you’re going to be there helps you make the most of your schedule. About a month before, I download the show guide and highlight the booths I want to visit. That way, I can plan an efficient route around the floor and make the most of my time so I’m not zigzagging all over.”

Rosenberg also takes advantage of the pre-show information when he plans his trip.

“When AHR sends out the booklet ahead of time, I go through and highlight who I want to see and where their booth is,” he says. “It’s more so I don’t walk by someone I know I want to see. The app is really helpful too.”

Typically, as Schroeder notes, AHR Expo is a platform for launching new products and next generation technology to a broad audience in a big way.

“It’s a good opportunity to see what’s going on with those brands you don’t carry and maybe only see once or twice a year,” Mayfield says. “I spend most of my time with people and companies I don’t know so that I can broaden my horizon and learn.”

Planning also allows you time to set up meetings and not miss out on anything you know you want to do.

“You can map it out on your phone, using the app, or old school like me on paper,” Gardiner says. “If you’re active on Twitter, its interesting to follow the AHR hash tags leading up to the show to get a good idea of who’s going to be there and what you can expect to see at many of the booths.”

Schroeder also believes it’s important to set up some meetings ahead of time — a practice even manufacturers and suppliers subscribe to heading into such a large show.

“Depending on what’s going on in the industry at the time, we’ll think about some of the strategic issues and who the people are we’ll want to meet with about that,” he says. “We do some planning on who we want to see and what we want to learn, and go from there.”

It’s also important not to over-schedule yourself either, as there is much to see and do. If you’re overbooked with meetings, you might not have time to appreciate all the show has to offer. So it’s best to be flexible.

“If we know someone is going to be there that we want to learn more about, we’ll try and set something up ahead of time,” Rosenberg says. “But I don’t do a lot of that, because I like to walk the show floor and just see everything.”

You never know who you’re going to run into or meet at the show, so be sure to bring plenty of your own business cards and don't be afraid to introduce yourself to others.

“It’s an interesting forum to be able to have conversations with so many different types of customers,” Dietz says.

After all, it's all about the networking. Meet as many of your peers as you can and form solid business relationships with suppliers and distributors. AHR Expo is your chance to get in touch with everyone all in one place. Take advantage of this tremendous opportunity.

“Networking is the number one reason to go,” Mayfield says. “I can learn about a widget anywhere, but if I can learn about the widget from the person who invented it, then I’ll understand it so much better.

“I also always plan time to get together with a contractor network I’m involved with to discuss business and new products.”

When you see people you know who do the same thing as you, it’s important to sit down and have coffee and network. You can get a lot out of networking and sharing ideas, and that’s a big part of the show.

“AHR Expo is a see and be seen networking event,” Gardiner says. “It’s a singular event in our industry where it’s highly likely decision makers and people of influence in our industry will be there. I always run into people I either used to work with, or haven’t seen in years. It’s nice to catch up with so many people from around the industry.”

“AHR Expo is the Super Bowl of the commercial and industrial world and if you don’t have a plan, you’re going to get lost,” Mayfield says. “I look at who’s going to be there, what are some rising technologies and what kind of educational sessions there are — you don’t have to have a solid plan, but you should have some expectations for what you want to see and what you want to get out of the show.”

Planning ahead of time and using your time at the show wisely is important so you don’t waste this opportunity.

Most of your time will be spent walking through the show and visiting with vendors. And while it’s a good way to get away from work, remember, it’s not a vacation.

The AHR Expo is about seeing what’s available, and making connections with people at those companies.

“Most people go in with a general idea of the top three or four products they’re considering buying, then visit those exhibitors hoping there’s a person there that will help them with their buying decision and base their confidence level on that product based on that conversation,” Gardiner says. “People do business with people, not companies.”

In addition to the exhibit floor, the AHR Expo features a wide array of educational opportunities.  Throughout the week, contractors, engineers and other show attendees will have the chance to participate in numerous free seminars and presentations, paid programming and professional certification exams.

A complete list of 2022 AHR Expo educational opportunities can be found at ahrexpo.com/education-overview/.

After the show, when you return home after having spent three days being overloaded with information, is when your business really benefits.

“The post show is all about follow-up,” Gardiner says. “Reading blog recaps, going through the business cards you collected. I stick them in an envelope and when I get back to the office, I go through them and prioritize follow-up. I’m also going to take some selfies with customers this year, and post those on Twitter. It’s another good way to connect with people.”

At the very least, Mayfield says you should hold yourself accountable for bringing back three things from the show.

“It could be action plans, research, best practices or some of the best things you learned about what you’re already doing well,” he says. “Any time you get past three things, you get too cluttered.”

Hold a meeting with your team shortly after you get back from the show and go over these action items. If more than one person from your company attends, have each person present their top three items to the group. Then, formulate a plan for how your company should proceed with this information.

The keys to attending a large industry show like the AHR Expo are to plan your trip beforehand, be flexible while you’re there and see as much as you can, and bring back ideas to build your business for the coming year — then follow through on those items.

See you in Las Vegas! 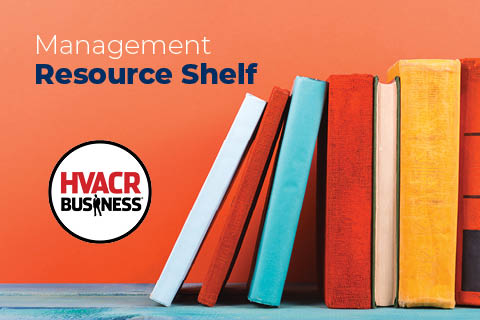 March 2022 - With the goal to become the #1 HVAC company in North America, Daikin unifies Daikin, Goodman and Amana® HVAC brands under a new corporate name and creates …

Terry Tanker met with Brad Kivlan, president of Dynatemp International. The two discussed car racing, managing a company through the pandemic and the pending refrigeration transition.