Master the “four Ps” of retailing to connect with high-end homeowners.

Are you a contractor that offers replacement air conditioning, or are you a retailer that markets replacement air conditioning? There’s a big difference, and I have personal experience to illustrate that difference. One recent night, our upstairs cooling system stopped working. Daytime highs were running 94 degrees with a relative humidity of over 75%. (According to the National Weather Service, that’s a “feelslike” temperature of 124 degrees F.) We live in South Florida, so we could expect temperatures to remain this high for the next several weeks. Get the picture? The next morning, I used Google to search for a residential service company to solve our problem. The first company said they could come in three days. The second had no appointments available for a week. The third didn’t even answer the phone. All three of these firms advertise both 24-hour and same-day service on their Web sites. Their ads don’t say “as long as it isn’t too hot, and we’re not too busy” but that’s apparently the case.

These companies are contractors that offer replacement. And because they stayed within that limited role, they lost at least one sale. Finally, I reluctantly called a large, old-line firm that sports a fancy Web site. I was reluctant because, like everyone else, I thought that anyone who spends all that money on advertising could never have competitive pricing. But since I was having trouble getting anyone, I called Air Hero (a fictitious name). Ultimately, they got my business because they were a retailer, not just a contractor. What does that mean? It means they practiced the four Ps of retail; Personality, Positioning, Presentation, and Price. Personality: Your company’s personality mirrors your own. If you display a harried, unorganized approach to your work during busy times, so will your team. It’s hot outside! You have more calls than you can handle, tempers are short, and patience is shorter. You have a choice — either jump into the melee and compound the frustration (especially from the customer’s perspective), or display the calm, organized approach that is required to maximize this fantastic opportunity.

In the case of Air Hero, my call was answered quickly and calmly by a friendly voice. “Good morning, Air Hero, this is Becky. How may I assist you today?” Sounds like a long, drawn-out greeting. Time it. It takes all of four seconds to enunciate clearly and precisely. And after only four seconds, the company’s personality is showing. Even though they are busy, at this moment my problem is the only concern that matters. I let Becky know I needed help NOW! She assured me that she could help, and even said something like “That’s why we’re here.” Then she asked me a few questions from a script that was on the screen in front of her. After inputting our address, her software alerted her to the fact that our home was over 10 years old. Since we had not done business with them in the past, she wondered about the age of the system. When I answered that it was original, she assigned the call to a well-trained technician who could sell, as well as repair systems.

Becky always called me by name and always exuded confidence. She ended the call by saying that either Steve or Jim would be there between 2 and 4 p.m. TODAY and that she would call when he was on his way. She called at about 3 and said Steve was on his way. During one of the hottest days of the summer, how is a company able to provide same-day service? They plan for it. They set aside some of their technician resources to respond to the “right-now” calls on old, stressed systems that are likely to have serious (and expensive) problems and probably need to be replaced. They also know I am much more willing to buy today, if only they can satisfy my immediate need for cooling. Most importantly, they understand the old retail adage, “You can’t sell off of an empty shelf.”

So far, my impressions were all positive. I liked Air Hero’s personality. Positioning: Air Hero created its position in the marketplace. They are retailers of comfort products for the residential, owner-occupied, home market. They provide reliable products and services in a visibly superior fashion on an almost immediate basis. They know that this position requires a big-dollar investment in people, technology, and infrastructure. This requires a significantly higher pricing structure than their non-retail (contractor) brethren. Because of pricing, they know that their customer base is limited to less than half of the residential replacement market. This is the market segment that they target and successfully serve. They understand that these customers will remember the superior treatment long after the price is forgotten.

Finally, they know how to convey their positioning through their presentation. Presentation: Steve arrived right on time. He parked his truck to the side of the building and came in through a manned gate. Even though it was near the end of the workday, he was cleanly dressed in a white shirt. His hands were clean, and he displayed a picture ID on a lanyard. After calling me by name, he introduced himself, shook my hand, and politely asked if he could bring his truck around and park inside the gate. He moved his truck to the front of the building. The truck was clean, well identified, nicely wrapped, and appeared to be organized. He parked, put caution cones around the truck, and then retrieved his diagnostic tools, which were housed in an attractive closed case. He then donned shoe covers. Once inside, he reiterated his goal — to get us cooling, today. He also stated that, should the system need to be replaced, Air Hero would do the installation the next day.

Steve then outlined his diagnostic procedures and asked the location of the indoor unit. Next, we went to the elevator to gain access to the heat pumps located on the roof of our four-story building. The elevator doors wouldn’t open because someone changed the entry code. When I told Steve that we would have to hoof it up four flights, he just smiled and offered to go up alone if the units were marked. They weren’t, so we both went up and I identified our units. Steve thanked me and suggested that I return to my relatively cooler home and wait for his report. It was hot up there. I went down. Steve’s presentation — his truck appearance, how he looked, how he handled himself — went a long way in furthering my positive perception of Air Hero.

Now to the most dreaded P. Price: After about 30 minutes or so, Steve rang the doorbell, again donned his shoe covers, and reported his findings. First, after inspecting both outdoor units, even though I had not requested it, he found that, because of their age (14 years) and proximity to salt water, both units were severely rusted outside and in. He then showed me a series of cell phone pictures. They verified his verbal report. There was a small refrigerant leak in the unit that was not cooling. It was located in the hard copper line at the very top of the compressor. Several hundred dollars would be required to repair it, and there was no guarantee. However, he assured me that he had added refrigerant, and the system was cooling fine for the moment. Steve then outlined my options. He quoted prices on two different system replacements and explained the differences between them. He did not try to sell me on the super high-efficiency system. Instead, he asked how long we planned to stay in the house. When I said that it was currently for sale, he recommended the less-expensive option. Even the lesser option was expensive.

I asked if his pricing was competitive. Rather than becoming defensive, he replied that his pricing was comparable to any other company that provided equal levels of responsiveness and customer service. He knew this was true because no other company provided an equal level of service. He explained that it costs money to have technicians standing by for same day service. It costs money to get next day installation during the heat of the summer. It costs money to train team members to be totally attuned to customer needs. In short, it costs money to provide value. But, value-driven customers are always willing to exchange a few extra dollars for exceptional service and peaceof- mind. I was certainly willing. I bought.

The following day we had, not one, but two new systems installed and running in our home. As you might expect, the installation was just as thorough, clean, and complete as the process that led us there. Want to be a retailer rather than a contractor? Develop a “can-do” Personality in your company. Understand who you serve and Position your company to take maximum advantage every opportunity. Make a Presentation that displays your personality and explains your market niche. Finally, Price your offering to cover all the value-added that you provide. Your customer expects it.

Mike Callahan is President of Callahan/ Roach & Associates Inc. The firm is an industry leader in management and marketing training, consulting, and business sales, mergers and acquisitions Mike served as president of The Air Conditioning Contractors of America and is an internationally known speaker and writer on business topics. Contact him at mcallahan@crginc.cc or call 800-462-8217.

Make Your Move to Mobile

The features and benefits of almost all the systems that we investigated without going into the technical details or revealing specific provider names. This is certainly something you will want …

It means they practiced the four Ps of retail; Personality, Positioning, Presentation, and Price. Personality: Your company’s personality mirrors your own. 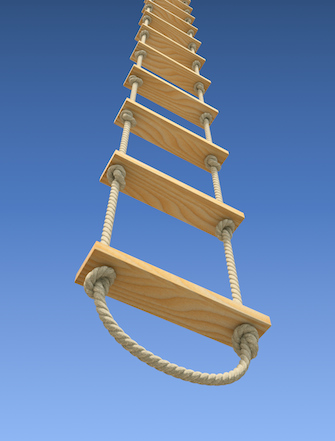 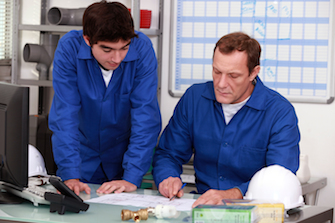 Identify, create, and manage your standards according to customer requirements.

Managing internal customers properly is critical to both bringing in revenue and turning revenue into profits. Mike Callahan offers five critical components necessary for consistently meeting the requirements of our …