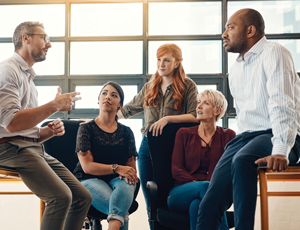 If you set up your employees to fail, they will. However, if you five them the right tools and encouragement they need to do a great job, you will be pleased with the results.

A successful hvacr technical school graduate had been recently hired as an installer at a medium-sized contracting company. Although things started well, it soon became apparent that the installation manager did not believe that he had the ability or the aptitude to be successful at his new job. He became critical of his work, and more vigilant of behaviors that supported his forgone conclusion that the new hire was a low or poor performer. And although he said he expected a lot out of him, he never really expected (or believed) he would come through, and this was communicated through his actions, verbal intonations, and facial expressions. All of this took its toll on this young man’s opinion of his own ability, until he doubted whether he could be competent and succeed in his new career. Within a year, he was fired.

His next job was as a service technician where, as he later described it, an amazing transformation took place. He worked for a manager who frequently indicated that he hired only highly competent and self-motivated people, and then gave them the freedom and autonomy to do their job. Confidence in this young man’s abilities were strongly communicated as he was given more and more responsibility to take on service problems on his own and find the solutions that kept the company’s service maintenance customers satisfied. He interacted and learned from the senior service techs in the company, sought out help from distributors and manufacturers when needed and utilized all the knowledge he could get from the company’s senior managers. It wasn’t long before other service techs in the company began going to him for advice and help in finding solutions to tough technical problems. He quickly blossomed into a star performer as he stared working harder and more conscientiously to merit the confidences placed in him. Within a year, he was being considered for a promotion.

These two incidents involve the same person with the same abilities, but with an incredibly different result. Why? This story highlights how people may be impacted by significant persons who on the positive side, may encourage, provide strong examples and guided opportunities, and help to expand the vision of their capabilities and help them to achieve more. All of us can probably recall people in our lives who have had similar instrumental roles.

Increased achievement due to high expectations and beliefs of others can be facilitated when management provides these factors:

• A warmer and more supportive climate;

• More opportunities for employee output; and

A warm and supportive climate refers to the tone of the environment that we set for people. How important do you make assignments seem and how competent and important do you make people feel? What kind of social and emotional atmosphere is there? This includes explicitly communicating high expectations, and your confidence that they have the ability to do it. The climate is created through both verbal and non-verbal means.

• Being verbally supportive and encouraging;

• Being distracted, in a hurry, or otherwise not giving an employee your full attention;

• Verbally criticizing their competence or potential;

Input of the supervisor entails the amount of teaching, helpful information, and resources including our time that we provide.

• Providing ideas for follow up on or sources for further information (giving the team enough resources or ideas while allowing them to retain autonomy and ownership of projects.)

• Not giving people vital information to do a job;

• Waiting too long to check on progress to provide any needed “course corrections”;

• Treating people like they’re incompetent by providing only limited or sketchy information (only a need-to-know basis).

Output of employees refers to the amount of opportunity we give people to learn and perform.

• Allowing them to express their opinions and ideas (even disagreeing ones);

• Giving them new assignments or a variety of assignments including incrementally challenging ones;

• Allowing them to gain exposure to and visibility with other people and departments (especially upward in the organization).

• Cutting people off when they are speaking;

• Not seeking their opinions and or insights;

• Limiting the number and scope of their work assignment.

Feedback includes the amount, quality, and tone we use when commenting on an employee’s efforts and performance.

• Providing helpful suggestions on how people might be able to improve or do things better;

• Making sure any feedback regarding poor performance is done in a positive way, wherein the employee(s) can sense that you have their best interests at heart and you reinforce your belief in their ability to do better.

• Criticizing the person instead of their behaviors, making negative generalizations (e.g., negative labels).

The greatest impact on performance will occur when supervisors can raise their expectations of those for whom they would have otherwise had really low expectations.

Ursula C. Mannix is the managing partner at Mannix & Associates. She specializes in the design and facilitation of training and development workshops and seminars. Her areas of specialty are leadership development, managers as leaders, and virtual executive coaching. She is also a contributing editor at Training Media Review. For more information, visit: www.mannixassociates.com.

Crisis Management: Are You Prepared?

Crises have the potential to threaten public safety, increase financial expenditure, damage reputation, and impact sustainability. It is critical for management in the early hours and days of a crisis …

A supervisory system will guide you in planning, directing, and controlling the performance of your employees.

If you set up your employees to fail, they will. However, if you five them the right tools and encouragement they need to do a great job, you will be …

Embrace Ethics in Your Company

When it comes to ethics in the workplace, many people make assumptions that others will act in an “ethical” manner. The unspoken issue is everyone has different perspectives on what ethical behavior is. 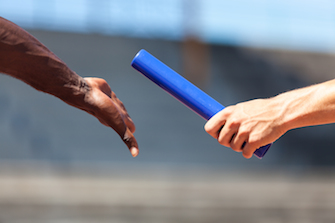