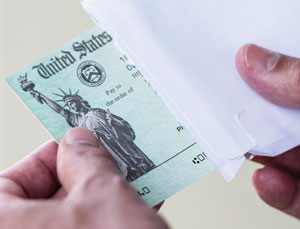 How the Paycheck Protection Program was Supposed to Work

A referendum on how the initial phase of the Paycheck Protection Program aimed to distribute $349 billion in just two weeks.

Known as the Payroll Protection Program (PPP), the goal was to rapidly provide 100 percent Federally guaranteed loans to small businesses within all industries — guaranteed by the U.S. Small Business Administration (SBA).

To ensure that the money was distributed as quickly as possible, the loans were to be administered and disbursed by existing SBA (7A) lenders or Federally insured institutions electing to participate in the PPP.

As of April 15, approximately $300 of the $349 billion had been approved for funding by the SBA while thousands of applicants continued to stand by to hear from their bank regarding their loan status.

Disbursing 349 billion of anything is not easy, especially when one considers the SBA traditionally approves just under $30 billion in small business loans ANNUALLY. The PPP $349 billion would be almost 12x the normal annual amount and as we now see, will be applied for and approved in just 12 days!

Even before the approval of the CARES Act, information on the still-changing details of the PPP were sweeping the internet. Many financial planners with good expectations took to blogs and YouTube videos to be the first with the scoop.

The problem was that the details of the PPP would change multiple times throughout the week of March 30, resulting in outdated information and some confusion amongst business owners.

It was not until April 2 and just hours before banks were to begin accepting applications, that the final details of the PPP were locked in place.

Small businesses with less than 500 employees and who were in operation as of February 15, 2020 were eligible to participate as long as that business met SBA size standards. In addition, the following businesses and individuals qualified:

Many businesses with less than 500 employees did fail to meet the SBA size standards and on April 10, 2020 a revision to the CARES Act provided an “alternate size standard” for determining whether a PPP applicant qualified.

Under the alternative size standard, a business qualified for a PPP loan if as of March 27, 2020, it (1) had a maximum tangible net worth of not more than

$15 million and (2) had an average net income after Federal income taxes (excluding any carry-over losses) of not more than $5 million for the last two fiscal years before the date of the application.

Borrowers who spend the money they receive under the guidelines of the program will have their loans forgiven. Forgiveness is based on the employer maintaining or quickly rehiring employees and maintaining salary levels.

The intention of the PPP is for borrowers to maintain existing payroll and head count during the eight weeks subsequent to receiving the PPP funds. Borrowers spending the money on at least 75 percent payroll and 25 percent on rent and utilities, the entire loan is to be forgiven.

Over the course of the last several weeks, I have spoken to hundreds of service contractors with questions regarding the PPP and have always qualified my reply with the following; the money is intended to be used to as a direct incentive for small businesses to keep their workers on the payroll for the eight weeks subsequent to the money being received.

If an employer has reduced his payroll prior to receiving the funds, those employees should now be brought back to levels of compensation before the pandemic.

To determine how the PPP works, the simple formula of 2.5 X One Month Average Payroll Cost was used to determine the amount that any one business could borrow (with a $10 million per business limit).

What it Means to You

If XYZ incurs an average $300,000 a month on payroll (payroll costs based on 12-month average prior to the pandemic), within the next eight weeks XYZ must pay employees $562,000 (approximately 94 percent of the estimated $300,000 monthly payroll). The requirement is to pay-out $562,500 in payroll costs whether employees are productive or not.

We are fortunate, service contractors have been able to keep technicians relatively productive during the pandemic.

In industries such as restaurants, bars and other nonessential businesses, the employees may actually be totally unproductive. The bonus is in the $187,500 of which XYZ may use for expenses such as rent and utilities.

As already specified, if the borrower uses the funds in accordance to the loan, the loan will be forgiven. If the funds are not used within the guidance of the PPP, the amount that is not forgiven will be converted to a two-year loan to be paid back by the borrower.

Details of the PPP loan are as follows:

Banks began accepting applications at midnight on April 3, and many business owners fearing that the funds would run dry quickly, lined up to be first in line. Many applicants found confusion as lending institutions of all sizes had little time to get up to speed on processing not only the manual applications but also the SBA’s e-tran approval process.

With so many applicants the time between application to approval during the first four days was extremely slow. Several leading lending institutions denied non-existing customer applications or established certain guidelines that prevented existing customers without lines of credit the ability to apply.

At least one well known bank threw in the towel on the PPP after accepting $10 billion in applications. Despite the initial onslaught, business owners who stuck through the process and relied upon existing banking relations or sought out institutions willing to take applicants successfully navigated though the process.

As we moved toward Easter weekend, the process within the lending banks sped up as both the banks and the SBA became better efficient at processing the millions of applicants submitted.

Despite increased efficiency, many service contractors who had successfully submitted applications earlier in the week remained uncertain whether or not their loans were approved.

As of Friday April 9, the SBA had processed 587,000 loan applications for a total $152 billion approved. Many lenders worked through Easter weekend to process applicants and by the end of Easter Sunday, more than $205 billion had been approved.

Now that the dust has settled, what does this mean to you if you were one of the many businesses that received PPP money? Employee headcount and compensation levels must be maintained. This means that the majority of your loan must be used to keep your staff employed if you want your loan to be forgiven.

Ideally, this loan forgiveness plan will help keep unemployment rates down and help individuals keep their jobs and support their families.

The following are ways that you will have your loan forgiveness reduced:

Many businesses laid off employees at the on-set of the pandemic, that being the case, a business can rehire those employees to restore any staff reductions that might have been made and meet the PPP loan forgiveness requirements.

Take-aways and points that should be noted regarding the PPP are:

Relationship. Banking has gotten somewhat impersonal. Service contractors that maintained a good relationship with their local lenders found in many cases that submitting a PPP request went relatively painless. This is not an absolute, I have been contacted by many service contractors that are still waiting for news that their application has been approved.

Do not neglect the SBA. The Coronavirus pandemic will eventually end and life will get back to normal. Consider investing the time getting to know an SBA lender that understands service contracting. The SBA 7(A) loan program will continue and uses of borrowed SBA guaranteed money can be used to help grow your business.

Understand what you agreed to. The SBA Form 2483 (the form you completed if you received a PPP loan) was fairly straightforward. However, the form contained 8 questions that you were required to answer “yes” or “no”. In addition, there were 8 representations that you were required to acknowledge with your initials. Take a minute to understand what you agreed to.

Gather a full understanding on the forgiveness. Space within this article makes it impossible to fully cover on exactly how the process will work for your lending institution to determine whether or not all or a portion of your PPP loan is forgiven. IF you were successful in receiving money, fully understand the intended uses of the money and obtain an understanding how you can protect yourself from having to pay all or part of it back.

By the time you read this article, the $349 billion will be gone. Whether or not the CARES Act will be revised to allocate additional funds to the PPP is uncertain (although it has been discussed).

If additional dollars are allocated, the funds will go quickly as lending banks and the SBA are up to speed on the process. If you missed out on the $349 billion, take time to be ready with your information should the PPP continue with new dollars.

Equally as important, be ready to service your customers as temperatures rise, as horrible of a situation the coronavirus pandemic is, we should be grateful we operate in an essential industry and our busy season is right around the corner.

How the Paycheck Protection Program was Supposed to Work

A referendum on how the initial phase of the Paycheck Protection Program aimed to distribute $349 billion in just two weeks.

See how business valuations are grounded in reality

Understanding fair market value will enable you to establish a realistic sale price for your business.

It’s vital to know your options and plan for the future to obtain financing that will not constrict the cash flow of your business. 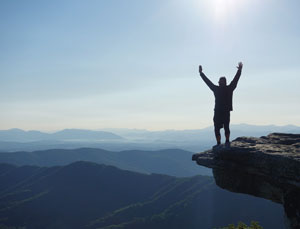 The Journey of Selling Your Business

Selling your business involves careful planning and execution along the way from start to finish. 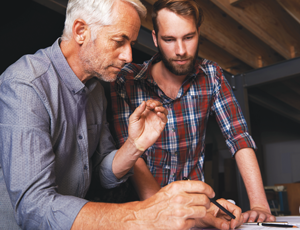