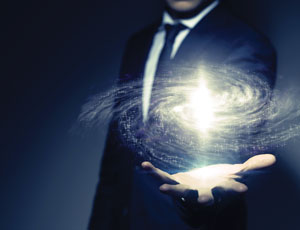 It doesn’t take magic to build a brand.

You might remember a TV show back in the 1990s that caused a lot of buzz. It premiered on FOX and was called, “Breaking the Magician’s Code: Magic’s Biggest Secrets Finally Revealed.” The original was a four-part series where a magician would act out the illusions performed in magic shows then slowly reveal the wires, trap doors and special ways the assistants contorted themselves to make the trick possible.

The public was enthralled and the show became water-cooler talk all over the country. It definitely didn’t come without controversy, however.

During the entirety of the show the magician had to wear a mask and his identity was kept anonymous.

The show stated this was, “for his own protection” while he exposed the tricks a billion-dollar industry used to make their living. He definitely made no friends in his profession by revealing the truth to an eager public.

Magic is built on the study of the human mind, slight-of-hand and skillfully steering the perception of the audience. And I hope I don’t have to wear a mask or go into witness protection after telling you this, but I want to reveal some secrets about marketing that could upset a lot of companies trying to get you to spend an unnecessary boat-load.

Marketing too is all about perception, but there are no smoke and mirrors. You decide how the public views you and quite honestly, it doesn’t have to be hard or expensive to build the brand you want.

Pulling Back the Curtain

HVACR contractors are in a unique position in the marketplace because, when called upon, you go to them. Your customers rarely (if ever) will visit your physical location, so how does a homeowner with no previous experience form an opinion of you?

The only way they can — through the identity you project in your marketing — and their opinions can be influenced much easier than you think.

The huge reveal: You don’t have to BE big to APPEAR big. A good brand can do the work. Here are five steps to build a brand that wows.

“Always have” is almost always outdated

I speak with contractors every day and you wouldn’t believe how often I have some version of this conversation: “We send out the same postcard, emails, reminders, etc. at X time every year.”

And to that I simply ask, why? I know it’s easier to just do what you did last year, but before you realize it you’ve been stuck in the same stale rut with steeply declining returns each season. If you give the impression you don’t care enough to provide something exciting and new, your prospects will return the favor by not caring enough to call.

Give your Marketing a Louder Voice

When our brains get overwhelmed with calls to action most of it just becomes white noise in the background of our lives. A confused or overwhelmed mind will always be hesitant to act. What does it take to break through to cluttered minds? Clarity and repetition.

There’s a reason the largest brands in the world use organized campaigns to promote themselves to the market. When McDonald’s wants to sell you a Big Mac you see it, along with its catchy slogan, everywhere. They’re pushing one clear message and all their marketing firepower works together to get you to the drive-thru.

Far too many contractors send out something in the mail, something different in an email blast and have eight different offers running on their websites all at once. It just adds to the clutter and is easily dismissed.

When you speak with one voice and let all your media push for one unified goal over a period of time, that voice becomes much harder to ignore.

Advertise to Them, Not Yourself

If you get their attention what are you saying? You can easily recognize 99 percent of contractor marketing from a mile away.

Smiling technician standing by an A/C system or a truck, tag-line of “15 years in business,” and a vague XX percent off coupon. Switch out the logo and that piece would be interchangeable with every contractor in most cities. See above as to why most homeowners trash it without a passing thought.

If it’s immediately recognizable as a contractor marketing piece your prospect could already decide they don’t need you before ever getting to the sales copy. Remember, a homeowner is not drawn in by equipment photos or industry jargon.

We know about SEER ratings and condenser coils because it’s our world, but homeowners hope they never have to think about their comfort system at all. They care little about your knowledge and certifications if you don’t make a connection to how it benefits their family.

Try using images that are appealing to a homeowner and don’t tip your hand about being a sales piece too quickly. Get their interest, then let the good sales copy do the rest.

You Set Your Price Point with Your Image

When aiming to increase leads most marketers will immediately advise you to drop your price. There will always be a guy out there with a phone number spray-painted on the side of his van who will do it cheaper, so don’t fight for the bottom of the barrel.

Have you ever noticed the largest contractor in an area is rarely the cheapest? They aren’t selling price, they’re selling what their clientele views as added value justifying the added expense … whether it’s actually there or not. Who says the guy in the spray-painted van isn’t a better technician?

No one knows, but the thought is in everyone’s mind he’s more likely to disappear with your money when the job is half finished.

Two watches are side by side: a Fossil and a Rolex. Which tells time better? They both tell time, right? Yet, one costs about $80, the other thousands. What people are willing to pay is built through public perception of your image and how trustworthy you appear as a wise spend of their money.

According to a Forbes.com study, a visitor needs around three seconds to form an opinion on a business’s credibility based on their website. What could someone possibly learn about your credibility in three seconds?

Nothing really. But remember this is their perception not reality and if it influences whether they call you or not it makes all the difference in the world.

If your website is slow to load, you must be slow. Your postcard looks like it was designed in MS Paint? You’re outdated and can’t use technology.

Is that always fair? No … but it’s happening. If everything the customer sees from you shows attention to detail, you’ll be able to demand more of a premium.

It’s Not All About New Customers

No one is arguing that you need new homes added to the base consistently in order to survive but that’s not the only, nor the cheapest, way to grow. You can also get your existing customers to buy more frequently, use multiple services, buy larger tickets or all three.

They’re also your only source for reviews and referrals, so don’t toss them out thinking you’ve “got them” and they have no further potential than hopefully an annual tune-up call.

How many times does your customer base hear from you during the year (and wait before you answer) when you’re NOT asking for them to buy something? Active customer retention and regular communication is a huge part of any successful brand.

Find ways to add value to being a customer of yours and, not only will you stay top of mind and get repeat business, but you’ll quickly develop a fan club that further helps to boost your image.

Sorry, there’s just no secret formula or magic bullet to make all your marketing dreams come true. What it really comes down to is giving your prospects the impression that you care: about your business, your image and most importantly, about them. And caring doesn’t have to cost a fortune.

At the end of the day it costs almost the same to place a strong, results-driven ad in the right places as it does to put an ineffective ad in the wrong places. But the stronger ad will return so much more. Take pride in what you’re putting out there and build a brand that people will flock to.

It doesn’t take magic to build a brand. 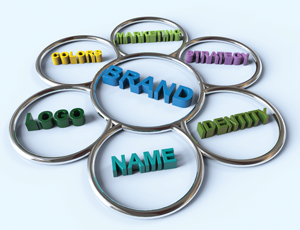 Your original brand may have gotten you off the ground, but now it may be hindering your growth. 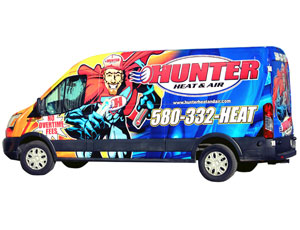 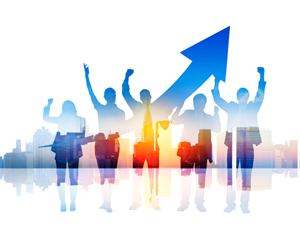 Create Your Message and Grow Your Brand

Coming up with a brand message is a smart strategy, whether your company is new or it’s been around for years. 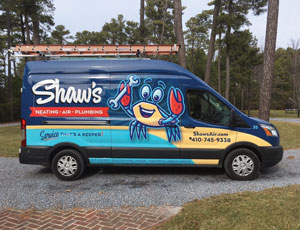 Wrapping your vehicles is a costly investment, so it’s important to get it right.