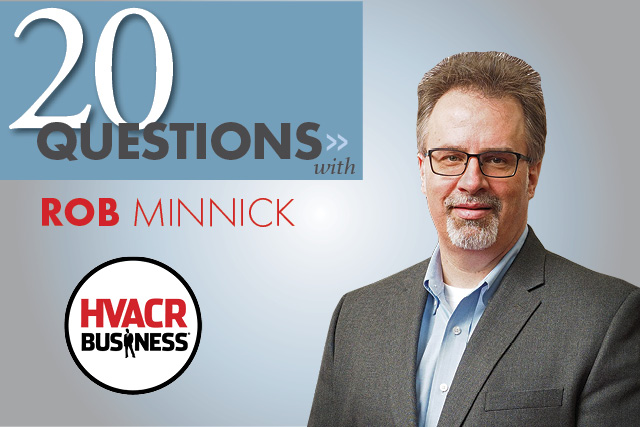 We sat down with Rob Minnick, president and CEO of Minnick’s, a heating, cooling, plumbing and insulation contractor in Laurel, Md. Minnick discussed reinventing the business after 2008, learning to run a business and the value of home performance.

1. How did you get started in this industry?

My grandfather, William Minnick, created the heating and cooling company in 1954. Then my father, Larry, took over from him. Because it’s a family business, you kind of grow into it as soon as you get an understanding of what’s going on in the world. Of course, back then there was a lot of family and relatives involved in the business. When I was growing up, we were a much larger company … we did a lot of new construction and probably had close to 200 employees.

I just remember people always at the house or people always running out … it was chaos, but it was a good chaos. Everyone was just busy. Everyone got along and I just wanted to be a part of it. Whatever I could do, they would let me do.

3. What sorts of things did you get to do?

Because of labor laws and so forth, I couldn’t go on job sites or anything. I’d clean up around the shop — we had a sheet metal shop back then. There was probably 25, 30 people in the sheet metal shop. We had our own gas pumps back then too, so I would pump gas when people needed to get gas and it was good times growing up.

4. Did you always want to be part of the family business?

Yes, and I knew I wanted to start at the bottom. When I was old enough to start work, I started in the sheet metal shop … putting duct work together was my summer job. And then, probably when I was around 20, the shop foreman was leaving and my boss came to me and said he wanted me to be the shop foreman.

I’m just like, “Really? I’m the youngest kid in here and I’m going to boss all these guys around? I’m not sure how that’s going to go, but sounds cool.” But it worked out. It was a rough road at first and of course, everyone just thought I had the job because I was the owner’s son. I was like, “Well, I get here on time and I do my job and I leave when it’s over.”

That’s when we went from almost 200 employees down to 6 people. I have no idea — and I’ve asked my dad several times — how he pulled this off. Because there was just so much money that was lost because it was all tied up with new construction builders, that were all Chapter 11.

7. How did you build the company back up?

We kept a couple of builders that were just doing roughly 12 homes a year, and slowly we got up to 35 employees.

We got out of new construction in 2008 and have been doing existing residential homes ever since. We do probably 5 percent light commercial, like churches and strip centers, but it’s mainly all residential existing homes.

9. Why did you get out of new construction?

When 2008 hit, those builders that we had worked with, they went out of business. But, I was getting fed up with new construction by then anyways. A lot of superintendents out there had no idea what was going on with the house and wanted to back charge us every time if we weren’t on the job on time. And I’m like, “You don’t even have a roof or stairs in the house, how are we going to start work in the house?” He’s like, “Well, my calendar says you’re supposed to be here. I’m back charging you.” I’m like, “All right, I’m done with this.”

10. What was the turning point after that?

In 2009, we hired consultants to come in because it seemed like we were beating our head against the wall. We needed to make changes and we needed some help. That was the best thing ever because they came and really turned us around 180 degrees and got us to how we operate today. We signed them up to consult for three years, but we could get out of the contract at any time. We ended up keeping them for four years.

11. When did you get involved in home performance?

In 2005, I was introduced to that and it just clicked with me because of doing all the Manual Js and the calculations and duct designs and all of that. To me, home performance was the piece I was missing. That became our model. We look at the house as a system and we do audits all day long, every day.

12. What was your dad’s succession plan?

My dad’s goal was for myself and my two younger brothers to buy the company from him and keep it going. In 2005, I realized dad wasn’t getting any younger. I was the field foreman, doing a lot of Manual J calculation and duct design. One brother was doing service and the other was doing install work. My dad handled the office side of the business. So, I called a meeting and told my brothers that someone was going to have to learn dad’s job and they said, “Alright, good luck.”

13. So, they thought you volunteered?

Yes, exactly. I mean, I wanted it, but I didn’t want to simply say, “I’m stepping in.” So that’s when I just started learning the business. I was always involved in accounting and was always really good in math so that really helped out a lot.

14. When did you take ownership of the company?

In 2012, my dad finally sold the business to us … it was a three-way partnership with me and my brothers. I’m the oldest.

15. Are your brothers still involved?

One of them is. In 2014, my youngest brother said he did not want to deal with employees anymore and he wanted to start a consulting firm. So he decided to leave I bought his portion out and then my middle brother, around 2016, said his youngest daughter would be graduating in 2020, and that they were talking about moving to North Carolina. So we had four years to plan his exit. He sold me his share two years ago, but they’re postponing moving probably a year or two. He’s going to stay here and keep working until they decide to leave. Currently, he’s our salesperson.

16. What do you find most rewarding?

When a customer’s just so amazed by the transition of what we’ve done to their house. The way it feels, the comfort level … they’re breathing fresh air in their house and the house has never performed the way that it has. They have been in the house for years and it’s just never worked and they’re just so excited and just blown away and that is what’s so much fun and exciting and rewarding.

We have operation manuals for every position that we have here. That was one of the thing that the consultants brought on board and it makes it really simple. It takes away from all the, “Well, I told you this, I told you that. Why are you calling telling me this or that?”

18. So, you make everyone learn the manual?

Yes. Anyone who comes to work here, the manual tells them what to do from the time they punch in until they punch out. What they do first thing in the morning, what they do during the day and what they do at the end of the day, every single day. They’re expected to learn it and it holds them accountable.

19. Does the manual answer everything?

Mostly, and that’s what I always point to when people ask me questions. I’m like, “First question is, did you check the manual?” The manual has 80 percent of everything they need. There’s always going to be the 20 percent of what ifs, and we’re not going to put the what ifs, in the manual. That’s why I’m here to help.

20. How important is training?

We built the training center and everything here, the consultants helped us do that. I’m all about training and helping people who want to learn. I’m not saying I want to grow this company to where it was before, but where it’s comfortable enough that I’m not out here doing the day to day stuff. 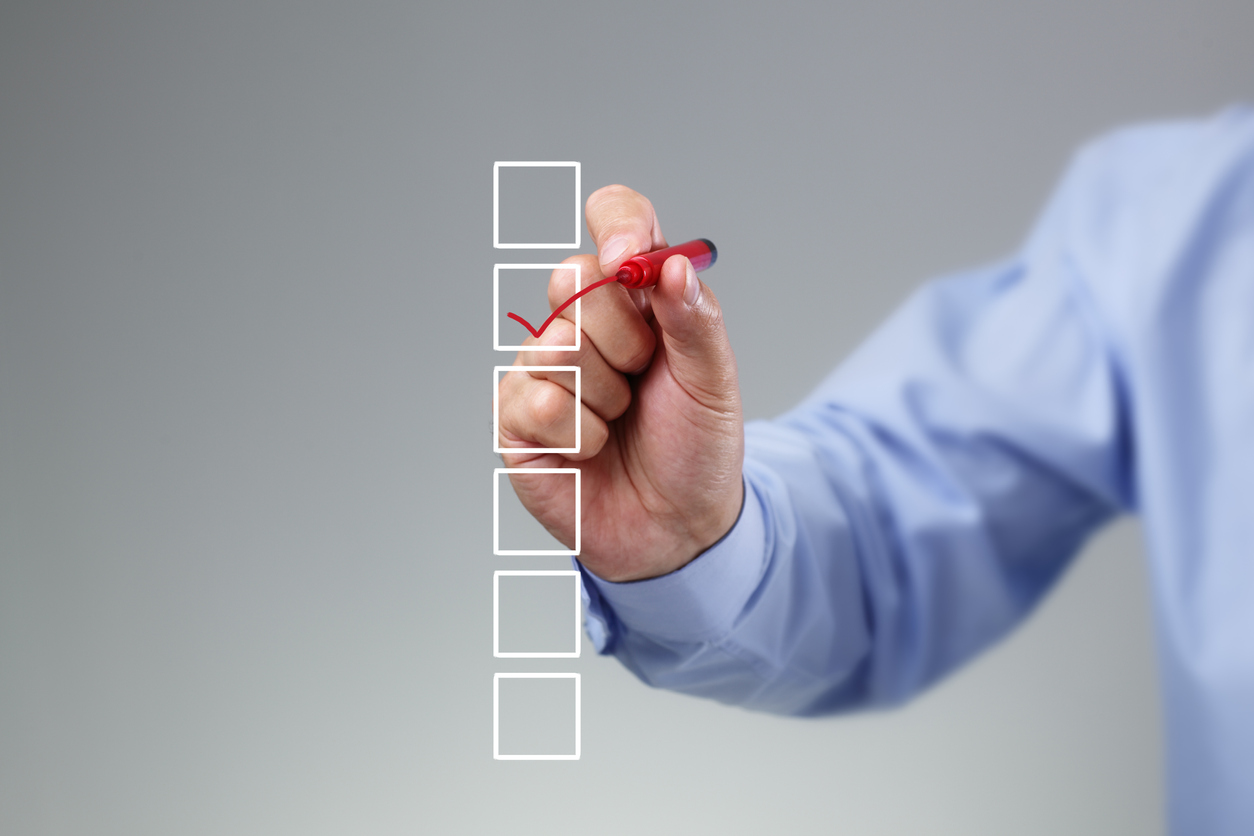