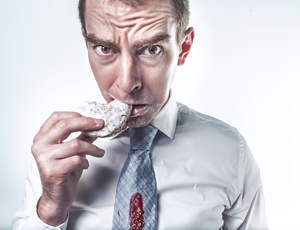 The Problem with Listening to Customers

I read an article recently, "Listen to Competitors — Not Customers" by Adam Hartung on Forbes.com and he has a compelling argument. As Henry Ford once said, "If I had asked my customers what they wanted, they would have told me a faster horse."

Hartung contends the voice of the customer via research projects are the hallmark of many companies and why not, especially when Pareto's law tells them 20 percent of their customers produce 80 percent of their revenue.

"There's no reason those big customers are particularly perceptive. In reality, customers rarely know what they want beyond more, better, faster and cheaper — sound familiar? This would be especially true of large customers locked into your solution. They aren't looking for anything really new especially if that means they'll have to invest in new processes or systems.

"Remember, their hot buttons are more, better, faster, cheaper. They would simply like to tilt the customer supplier relationship more to their advantage hoping to save money all the while you simply want to sell them more stuff."

According to Hartung, most often, customer insight is about short term tactics that lead to deeper discounts, price matching, improved service, less inventory and more automation — all in exchange for larger orders.

All of those reinforce short-term business. And, most managers won't rock this boat. Unfortunately, none of this prepares you for significant market shifts — the kind that wipe out customers, revenue, profit and your company.

Not possible — think again. Most major newspapers struggle for two reasons: they underestimated the ability of the web to deliver "local" news and they made their product into a commodity, eliminating editors who were thought leaders in favor of syndicated columnists, further alienating local readers.

Blockbuster simply wanted a store on every corner where you could walk in and rent a movie. Sadly, the bulk of their revenue was made up of late fees. When opportunity and innovation knocked on their door in the form of Netflix, they didn't answer.

Netflix founders were struggling and set a meeting with Blockbuster. They offered to sell the company for $50 million. Blockbuster, with a market value of billions at the time, declined. Customers wanted easier access, cheaper rental rates and better movie selection.

To address this, Netflix eliminated their mailing fees, as well as late fees, and started to make significant inroads. When they went digital, it sounded the death knoll for Blockbuster. They ignored their competitor and it cost their company.

Hartung says, "to win higher returns over anything beyond the short term, listen a lot less to your customers, especially your biggest ones. They'll tell you mainly what you already know. Instead, pay attention to competitors, especially those on the fringe."