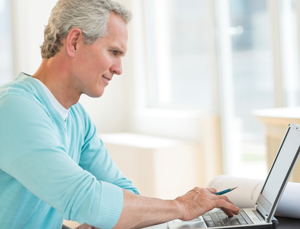 When hiring workers, knowing how to classify them can be the difference between profit and disaster.

Of course your employees matter. If they didn't, you wouldn't hire them, trust them to do important work or keep paying them week after week. And if you think about it at all (which you probably don't), you assume they realize that. It's only logical.

Every employer eventually tackles the question of whether its labor force is composed of employees, independent contractors or a combination of both.

The appeal of the independent contractor classification is understandable because the benefits are significant, including the elimination of the need to pay payroll taxes, secure workers' compensation insurance or make unemployment insurance withholdings. Independent contractors also do not receive overtime or double time pay or meal or rest breaks.

Not surprisingly, many employers simply assume an independent contractor classification is defensible and that if it is challenged, a finding that the employee was misclassified will not cause any serious harm. This assumption is misguided.

Misclassifying employees has very serious consequences. A failure to properly classify can subject the employer to administrative enforcement actions, civil penalties, fines, unpaid wages, class action and representative action lawsuits, and the assessment of back taxes and premium payments and related penalties.

Furthermore, misclassification by general contractors could result in discipline in local states such as the California State Contractors' License Board — and may put their license at risk.

Some employers may be tempted to misclassify because they believe the government is unable or unwilling to audit or fine them due to a lack of resources. While this may have been true in the past, in recent years a number of state and federal agencies have begun to aggressively police this issue.

Moreover, because in many states wage and hour laws allow attorneys to recover fees in a private lawsuit filed against employers who misclassified their employees, attorneys are now highly motivated to pursue claims on behalf of independent contractors either on an individual or class basis. When these claims are filed as class actions, they include everyone you have engaged as an independent contractor up to the last four years and can easily bankrupt a company.

Although the consequences of misclassifying can be disastrous, it is possible to both avoid liability and lawfully classify service providers as independent contractors. To do so, the employer must be able to show they satisfy the test for determining an individual is properly classified as an independent contractor.

There are a number of slightly different tests used by the IRS, the State Courts, the Federal Courts and the US Department of Labor to decide if the service provider is a genuine independent contractor. While the tests are all slightly different they contain three key similarities.

In conducting their tests, the courts and government agencies ask a number of key questions. None of these questions on their own will decide the issue but the answers to each of these questions will tilt the scale in favor of a finding that the individual is an independent contractor or an employee.

Does the employer control how, where and when the person performs the job?

Who provides the tools and materials?

The length of the job?

If the person performing the service is hired for one short project they are likely an independent contractor. If they remain on staff for a long period of time, however, they're more likely to be an employee.

How are they paid?

Is the service provided the type of service normally provided by the employer?

If the employer normally installs air conditioners and the person they want to classify as an independent contractor is asked to do masonry work, it is more likely this individual is an independent contractor. On the other hand, if the same company brings in another person to help finish an installation of an air conditioner that person is probably going to be found to be an employee.

Is the contractor working elsewhere?

Did the parties create a written independent contractor agreement?

Is there mandatory training?

Required training sessions will be evidence of an employer-employee relationship.

Can the independent contractor terminate the job at any time?

An employee is free to quit and walk off a job at any time, and can be fired by the employer at any time. A contractor, however, cannot be terminated at any time without violating the terms of a contract.

Is it possible for the contractor to lose money on the project?

If the project runs longer than anticipated or involves higher material costs than anticipated a contractor can lose money on the project. An employee never has to encounter this problem since they are paid the same regardless of the material or labor costs. Therefore, if the service provider takes on a financial risk by taking the job he/she is more likely to be an independent contractor.

This list of questions is not exhaustive and cannot substitute for the guidance of a skilled employment law attorney. It's a good place to start, however, when examining if your classification of your labor providers are defensible.

Knowing how to classify employees can be the difference between profit and disaster.

IRS reclassification of workers as employees can be an expensive proposition, as the employer can be held liable for back payroll taxes, penalties, and interest.

The Internal Revenue Service has rules for determining whether someone is an employee or an independent contractor.

Are You Using Contract Labor?

Have a Plan Before You Hire

As with everything else you do in business, going in with a solid plan is the best way to ensure success. Navigating around all the pitfalls associated with hiring staff can be complicated — but it doesn’t have to be.