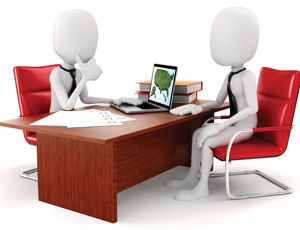 Over the life cycle of any business it is natural to stay in your home state; that is, until you look to expand operations. While expanding operations can often mean offering new services, for many companies it means moving into new states.

And with geographical expansion comes a variety of tax and business regulations you need to be aware of in order to remain in compliance.

Since each state law varies, it is best to consult your CPA and/or attorney before venturing into a new state. Here are five critical things to consider when expanding operations.

Being properly registered and licensed in the new state of operations is imperative, as you don’t want to get shut down on a job site before you even start working. Not sure if you’re required to register your business in another state? There are essentially three questions you should ask yourself: 1) Do any of your employees work in the new state? 2) Do you pay state payroll taxes in that state? 3) Did you apply for a business license in that state?

If you answered yes to any of the questions above, you may be required to register your business in the new state.

Complexities start to arise, however, when your operations expand beyond a single state or you have employees that reside in a different state than where you operate. For employees who live and work in a state that has a reciprocal agreement with another state, the state taxes should be withheld for the area of residence. A reciprocal agreement (reciprocity) allows residents of one state to request exemption from withholding for wages earned in a second state. Otherwise, taxes should be withheld where the employee works.

For employees temporarily working out of state, employers commonly withhold tax on wages earned by nonresidents regardless of how many days are spent in the state. Many states have certain thresholds of time spent and money earned while working, however, and many subject workers to tax on the first day of travel in the state.

As your operations move into a new state, you may create “nexus”, which may potentially require you to file an income tax return in the new state of operations. The “nexus” is defined differently by each state and is the state’s statute for “doing business” there. Discuss the nexus laws associated with the new state in which you are doing business with your CPA prior to opening operations.

When filing an income tax return in multiple states, you will need data for sales, payroll and property per state. This information is commonly referred to as apportionment factors. Though most states use apportionment factors, others allow you to allocate income by specifically identifying the net income profit or loss related to the work done in that particular state. To allocate net profit or loss, you’ll need to be able to track income and costs per job, per location.

By knowing that this information will be necessary to complete an accurate income tax return, you may find it helpful to create new trial balance accounts in order to easily identify this information.

Other Taxes, Fees and Annual Reports

Numerous states charge a franchise tax, which is imposed on a business for the mere privilege of being incorporated or registered to transact business there. The method for calculating franchise tax varies by state, but common methods of tax calculation include: business income, business assets, number of outstanding shares of corporate stock and the par value of those shares or just simply a flat fee.

A business owner must be aware that new and unforeseen taxes and/or fees may exist when venturing into a new state. Here are just a few of the different ways that a state generates revenue:

In addition to the taxes mentioned above, certain states request that businesses file an annual report. The annual report commonly requests basic company information, and the fees for filing a business’s annual report vary greatly by the state. In some instances, there is no charge; however the range is typically around $50 up to $400.

Another example showing the disparity from state to state relates to the consideration of depreciation expense. Certain states follow the IRS treatment of these items, while others have their own thresholds and/or do not allow these deductions at all. Since the treatment of these items vary it is entirely possible to have different taxable income in multiple states in the same year.

The items mentioned above are just a few of the complexities that can arise in the multi-state business environment. It is important to understand that not all states operate the same, and doing business across borders can bring new challenges. 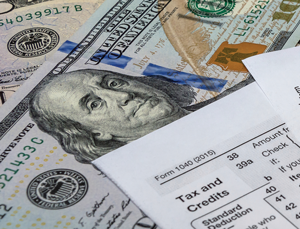 Whether you’re selling a business, buying a business or merging two or more businesses, there are myriad tax and legal issues that need to be navigated, such as financing structure, …

With geographical expansion comes a variety of tax and business regulations you need to be aware of in order to remain in compliance.

10 Steps to Setting Up a Payroll System

The Small Business Administration’s guide to payroll, tax and benefit withholding, and reporting.

Whether you’re selling a business, buying a business or merging two or more businesses, there are myriad tax and legal issues that need to be navigated, such as financing structure, purchase price allocation and fair trade laws.