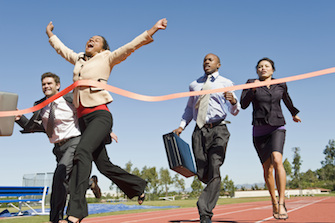 Maintain relationships during periods of change with open communication

In business, there is no avoiding the hard conversations. But, when a difficult or potentially volatile situation arises between peers — particularly business owners and managers — the conversation is often postponed for fear of conflict.

Conflict avoidance, however, is not a winning strategy. Consider the tale of Joe and Fred.

When he started his own business, Joe hired a project manager, Fred, a guy he’d known for years. In the beginning, business was great — it was just the two of them making it happen every day. Joe trusted Fred’s skills and didn’t ask too many questions. As long as the work was done, and the clients weren’t complaining, everything was okay.

As the business grew, staff was added and it became apparent to Joe the “just-get-it-done” approach wasn’t going to work any longer. He realized that he needed to establish systems, processes, and procedures, so the company could grow with a strong foundation. In order to maintain consistent profits and great service, they needed to standardize what they did. This meant that Joe and Fred were no longer able to be involved with every decision and action in the field. They needed to develop the team under them and build better systems for managing these folks.

To Fred, “systems and procedures” seemed like “more stuff to do” – he just wanted to do what he was good at – build. This created a dilemma as Joe started to become resentful of Fred for not wanting to help the company build a better foundation. As Joe put processes and procedures in place, Fred neglected to follow them.

Rather than confronting Fred, Joe remained quiet and started working directly with the folks who directly reported to Fred. In turn, Fred began to keep himself even more isolated and didn’t attend operations meetings. Fred also began criticizing the new processes to other staff members and making remarks about how “all that paperwork isn’t necessary — we just need to be able to do our jobs.”

While the quality of work on Fred’s jobs was good, profits began to decline. Joe was becoming increasingly unhappy with Fred’s performance and, seeing Fred’s ever-increasing resistance, he didn’t want to confront him and end up in an explosive conversation. Nevertheless, Joe began building a case against Fred so he could have enough “evidence” for a conversation.

He wanted to grow his company and understood better systems and processes were key to sustainable success. However, his implementation had a few glitches:

• Joe did not have a clear plan for what changes he wanted to make.

• He didn’t communicate with other key staff about when he wanted to make those changes and he didn’t tell those key staff how they would affect their jobs.

• Joe also didn’t address the issues that arose with Fred as a result of not communicating the above in a direct and timely manner.

Joe should have sat down with Fred, outlined where he planned to take the company and asked if he was willing to participate at a higher level of management, specifically to mentor and coach the team under him. When Fred failed to attend planned meetings, Joe should have talked directly with Fred to let him know the meetings were mandatory and his presence was critical to the success of the meeting.

When word got out that Fred was criticizing the processes and procedures the company was trying to implement, Joe should have asked him about it and found out what his concerns or issues were. And, when Joe realized he’d not been communicating clearly nor holding up his end of the relationship, he should have taken responsibility for his own part in the communication gap.

Honest and truthful does NOT mean bludgeoning the other person with blame. It means speaking what is true for you, while at the same time knowing your experience may not necessarily be fact.

While Joe ultimately had to deal with Fred, who was burdened by a long list of unresolved issues and delayed conversations, you don’t have to let it get this far. Don’t let one conversation make or break a relationship.

Start out with small conversations (particularly if they are difficult) and work your way up to big ones — doing so will build meaningful trust. The more willing you are to have open and honest exchanges, the more trust you’ll build and the easier it will be to implement change.

Vicki Suiter is a business consultant and coach who has helped hundreds of companies realize an appreciable increase in profits, cash flows and sustainable business success. Her straightforward style helps business owners and managers maintain clarity and focus on what they need to do to reach their goals. You can reach Vicki at vicki@suiterfinancial.com or visit www.suiterfinancial.com.

If your purpose and customers are pinching pennies, it's was to think the only way to get business is to cut your prices. Think again. 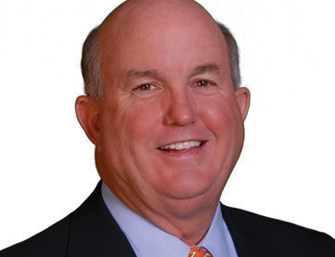 7 Steps to Selling on More than Price

Taking pride in your company's awesome service and workmanship is one thing, but getting paid more than your competition for better quality is another.

Rebuild Your Brand in Three Steps

One of the most powerful tools to help overcome a prospect's natural skepticism and to build relationships is the customer testimonial. They create believability, credibility, and a sense of security for your prospect and customer.