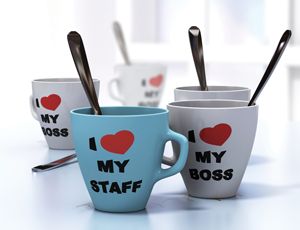 Of course your employees matter. If they didn’t, you wouldn’t hire them, trust them to do important work or keep paying them week after week. And if you think about it at all (which you probably don’t), you assume they realize that. It’s only logical.

But, you may inadvertently do and say things that make them feel otherwise — and it has little to do with logic.

Mattering is one of the three most primal human needs, along with safety and belonging. When employees are made to feel that they don’t matter, it happens on an emotional level, not an intellectual one. And we now know emotions, not intellect, drive 90 percent of human behavior.

The really bad news for leaders is that when employees feel they don’t matter, they simply cannot function at their highest level of performance.

When leaders say or do something that makes employees feel insignificant (and/or frightened or isolated; the three tend to work together), they revert to the fight/flight/freeze part of the brain—falling into the “Critter State.”

Once in this state, all innovation and collaboration skills fall by the wayside, and every decision boils down to a single question: “What will keep me safe right now?”

Here are six things you might be doing to make your employees feel like they don’t matter:

You don’t respond to emails.

Sure, you’re busy and sure, your employees know that — but the Critter State doesn’t spring from the rational part of the brain. Instead of thinking, “Oh, the boss will get back to me when she has a moment,” they think, “She doesn’t like my idea. She doesn’t like me. I feel rejected. I don’t matter.”

When employees email the boss, especially when that email asks for his or her approval or contains sensitive content, they’re putting themselves out there. Always respond — even if it’s simply to say, “I need a little time to think about that but I’ll get back to you in a day or two.”

You don’t give them feedback.

Hopefully you’re giving feedback in performance evaluations, but give it informally as well. A simple “Good job writing that proposal” means a lot. And while it’s less fun to hear “You need to work on the close to your sales pitch,” when your employee starts getting better results, he’ll know you cared enough to speak up.

It feels un-PC to make this comparison, but consider how well children respond to being consistently held accountable. Rules and boundaries make people feel loved. It’s true for employees and leaders too. In the Critter Brain, we’re all 2-year-olds.

You only acknowledge mistakes.

This makes them feel like a faulty cog that must be repaired to keep the company machine running smoothly. To let them know they matter, make a positive personal connection with employees as often as possible.

Be specific about what you like and let them know their unique contribution makes a real difference to the company. Better yet, make a point of praising them publicly. Social rewards are extremely powerful — far more powerful than cash rewards, in fact.

No, simply getting paid isn’t reward enough for doing a great job (a paycheck can feel like oil for the cog — necessary, but not meaningful). When your team has an especially significant win, make a point to order in a special lunch and celebrate the team company-wide.

Team victory celebrations foster a sense of belonging and camaraderie — which go hand in hand with mattering.

In many companies, there are certain team members who are perceived as “above the law” or in the “in crowd.” These people tend not to be held accountable for their lack of performance, and they often get the lion’s share of raises, promotions, or perks, even if they don’t deserve them. And yes, other employees notice.

People think lovability isn’t an issue in business, but it is. Feeling that others are more loved triggers safety, belonging and mattering issues in those on the outside.

Absolute equality may not be possible in an imperfect world, but it’s critical to aim for it.

You burn them out.

Do your employees slog away like slaves, working long hours and completing one high-stress task after another, day after day after day? Not only will they feel you don’t care about their well-being, they’ll burn out. Yes, from time to time we all have to exert extra effort … but no one can sustain such a pace forever.

Even if you don’t tell employees they have to work until 8 p.m. every night, they see you do it and feel they’re expected to do so as well. This isn’t good for you or for them.

Sustainability is about creating win-win agreements with others and ourselves. We all need a good blend of people, activities and things that excite and energize us to balance out those inevitable things that drain us.

If your employees matter to you, you’ll help them strike that balance.

To many leaders, paying so much attention to what goes on inside employees’ heads is a foreign notion. But when we’re able to break the mental patterns that hold us — and those around us — back, we can reach heights of performance we never thought possible. 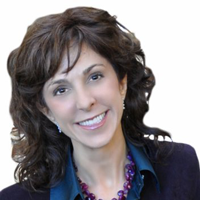 Create a Sense of Belonging

People will never speak up and say they feel they don’t belong. It’s too scary. It’s up to you as the leader to diagnose the problem and take steps to …

When employees feel they don’t matter, they simply cannot function at their highest level of performance. Here are six things you do (or don’t do) that make them feel unloved. 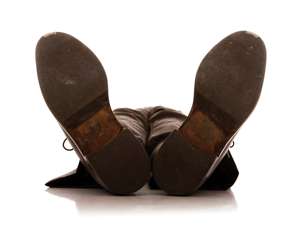 In business, there are silent business killers that, if combined, can lead to the death of a business. Here are the warning signs the health of your business may be at risk.

Keeping your hard earned money safe is your responsibility. Put the procedures in place to keep the honest people honest and protect yourself from employee embezzlement. 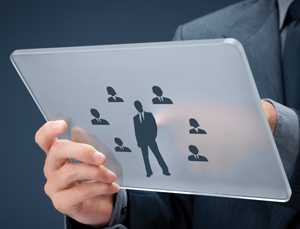 It doesn’t matter what size your company is, where you’re located or what the predominant service is you’re providing, hiring will always be of highest importance in moving your business forward.