6 Tips for Rejecting Bad Ideas Without Being Rejected

Although not all suggestions are feasible, they could hold nuggets of valuable knowledge

You’re in a meeting when a colleague brings up an idea that you think (or even know) is not so great. For many of us, our first instinct is to shoot the idea down immediately, one way or another, before it gains traction. How often have you suffered through this?

When it comes to gaining influence, remember the law of reciprocity. The more you support others, the more they will support you. If you want people to adopt your ideas in the future, you need to be collaborative yourself. You need to support their ideas, or at a minimum, show respect and a willingness to listen before weighing in. Squash a colleague’s pet initiative too quickly or be perceived as a naysayer, and you may find that your initiatives will increasingly fail to receive full and fair consideration.

The key is to learn to reject or redirect bad ideas in a thoughtful, positive, and more collaborative way. Consider employing one or more of the six tips below:

1. Pause. Take a deep breath before weighing in.

Often, someone else’s idea can “hijack” you during a meeting because it poses a threat to your own objectives, goals, priorities, or resources. Humans are wired to identify and react immediately to anything that may harm us. By simply pausing, you are allowing your reasoning power to catch up to your emotional response. If you wait until you are fully composed, you will deliver your response in a more thoughtful, reasoned, and kind way.

2. Allow others to weigh in first.

Particularly when your gut reaction is negative, suppress the urge to be the first to jump in with your opinion. Why object before you have others’ perspectives? You may hear a thought that sways your opinion. Or the opposite may happen: Someone else brings up the challenges you were going to raise first. Even if you later reinforce the concerns, you are not a lone dissenter.

A CFO was tired of always being the bad guy when he had to shut down ideas for which the business case was not sound. He started implementing this technique in leadership team meetings and found that he had to be the naysayer only half as often. Many leaders intentionally weigh in last so that they can hear the opinions of their reports without biasing them first with their own thoughts.

3. Be curious first; pose questions rather than pass judgment.

Ask open-ended questions with an open mind. Make sure the person feels fully heard, and be careful not to take small stabs at the idea in the phrasing of your questions. To quote Steven Covey, “Seek first to understand, then to be understood.” Even if you ultimately disagree with or reject the idea, you will be in a much better position to state your objection in a way that acknowledges the idea presenter’s point of view. The person will receive the feedback much better if he feels that he has been fully heard and understood. Remember how frustrated you felt the last time you presented an idea and it was shut down before you had the chance to fully explain it.

4. Instead of stating why an idea can’t be done, state what is required from your perspective to make the idea work.

Phrased this way — What needs to be done to make an idea work? — your objection to the idea is served up as a problem to be solved rather than a flat rejection. You shift from someone who is saying “no” to someone who is giving helpful insights and facts. While you might actually see the challenge you pose as insurmountable, often others will bring creative solutions to the table that may make the idea feasible.

A marketing director proposed an idea for a service. The operations director’s first instinct was to jump in and say, “We can’t do that because we don’t have the right equipment.” But instead he said, “In order to offer that service, we will need to plan for having access to the right equipment, which we currently don’t have.” That led to a full discussion about what it would take to offer the service. Once the marketing person had a greater understanding of the different options and their costs, she came to the conclusion that the idea was not feasible.

5. Help the other person save face whenever possible.

If you feel compelled to shut an idea down, ask yourself if you need to shut the idea down right now during this meeting. Perhaps you can circle back with the idea presenter after the meeting to meet one-on-one. Shutting down a staff member’s idea in your department meeting is a good way to help ensure no one on your staff will risk bringing up new ideas in the future that might be extremely valuable to the success of your team and organization. If peers lose face because of you, there is a good chance that they will increasingly work around you, and you will be the last to know about their future initiatives.

Circling back after the meeting also provides you more time to reflect and prepare. You can gather more facts and information, be more thoughtful and tactful in sharing your opinion, and perhaps get into a longer and more open conversation.

6. Acknowledge the parts of an idea you can agree with.

Even if you can’t agree with the entire idea, acknowledging components can help to validate the presenter of the idea, at least in part. Very often there are aspects of ideas that are valuable and can evolve to be very usable and helpful. Provide recommendations on what might make the idea better or more workable.

Even when his idea has flaws, the person might be calling attention to an important, underlying problem that needs to be solved.

Don’t lose sight of the fact that if a truly bad idea needs to be challenged, challenge it. The primary emphasis here is not to change what you need to say, but on the process and timeline you choose to say it. Remember, soon will come the time when it is you who is the one striving to influence others to buy into your idea.

Curt Wang is an executive coach at Make The Leap! Coaching. He is also an expert and professional speaker on the topics of change leadership and organizational change. For more information on Curt’s speaking and coaching, please visit www.maketheleapcoaching.com. Contact him at 888-848-3130 or curt@maketheleapcoaching.com.

6 Tips for Rejecting Bad Ideas Without Being Rejected

When it comes to gaining influence, remember the law of reciprocity. The more you support others, the more they will support you. If you want people to adopt your ideas …

In an effort to improve, most companies and professionals will search for new ideas and strategies. They will seek out new marketing techniques, sales ideas, cost-cutting measures, and customer service enhancements in the hopes that these new approaches will deliver better results. 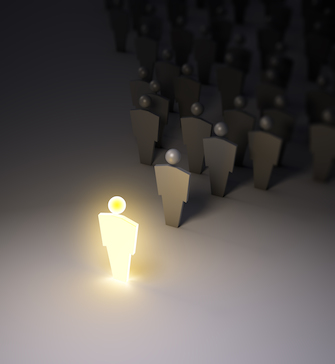 Understanding the value of your trademark is just the first step: Consult a trademark lawyer and pursue legal registration.

The reality is wherever we spend our precious resources — time, money and energy — is where we will get the greatest results.