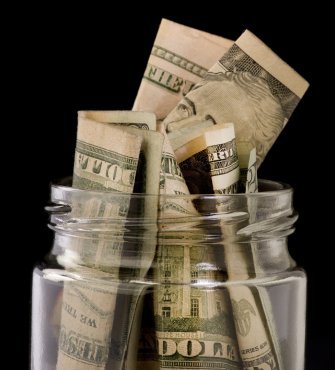 It's About the Money

Thanks for all the emails regarding last month’s column (Motivating the Man in the Mirror). It appears I may have struck a chord. I specifically selected The Man in The Glass to open this series with because I believe the first step in motivation is understanding the “real you.”

Clearly, the underlying message is: you can’t cheat or lie to yourself. Or, as an old college buddy who seemingly had a one liner for every situation used to say,  “Tank, you can’t bullshit your own damn self!” (Say this line with a thick southern accent. It will make you laugh every time).

If you take what I’ve said literally, you may say your motivation is anything from a new sports car or luxurious vacation house on the lake, to a new club membership, a Rolex watch, or just about any material thing you can think of. Or maybe it’s reinvesting in your business.

Success in the form of profit allows us to do a great deal with the companies we own that often leads to even more success. That list of actions is long, and chief among them is the ability to hire the right people and to invest in training and education that make the right people even better. Looking back, I don’t believe I’ve ever spoken with an owner, CEO or president who achieved measurable success without having them tell me the reason for their success was the team of people they assembled to help them accomplish the task.

So, yes, one way or another, it’s about the money. More importantly, it’s about how you spend the money. Or, maybe more accurately, how you invest it.

This month’s excerpt from Howard Ferguson’s book The Edge presents Thomas Jefferson’s perspective on being honest with yourself.

Thomas Jefferson
A Philosophy of Life

Give up money, give up fame, give up science, give up the earth itself and all it contains, rather than to do an immoral act. And never suppose that in any possible situation, or under any circumstances, it is best for you to do a dishonorable thing.

Whenever you are to do a thing, though it can never be known but to yourself, ask yourself how you would act were all the world looking at you, and act accordingly.

He who permits himself to tell a lie once finds it much easier to do it a second and third time, till at length it becomes habitual; he tells a lie without attending to it, and truths without the world believing him.

(P. S. You may want to read this quote to the man in the mirror the next time you see him.)