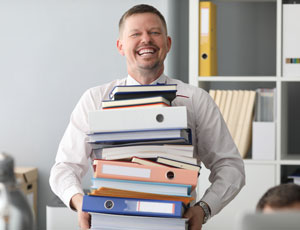 Not delegating tasks can have harmful business consequences.

Letting go has never been easy. Whether giving the car keys to a teenage daughter or allow

ing another to plan the service schedule, comfortably stepping back and having someone else be responsible potentially comes with a myriad of obstacles, even when you know it’s going to be beneficial. So, what prevents people from letting go?

Business owners and managers have many reasons why they don’t delegate. Some I’ve frequently heard include: It takes too much time to train someone; I can do it faster myself; I tried it, and we lost an important customer; and, the ultimate show-stopper, No one can do it as well as I can. Examining the reasons why you are reluctant or unwilling to delegate responsibilities is vital to your business because not doing so can have a negative impact.

At the owner level, the danger is falling into what’s called the “entrepreneurial trap” without delegation. This happens when, at the company’s outset, the owner assumes all risk, does most of the jobs, and makes most of the decisions. At first this mentality and approach is to be expected and actually works. However, as the company grows, the entrepreneur begins to become overwhelmed with their own tasks while trying to make important decisions and give clear direction to an increasing number of employees. Employees are then kept from taking action or completing their tasks. And, worst of all, people learn not to be responsible, and not to step up and do what’s needed.

“As we grew, the office demands increased, I became more heavily involved, and sales plateaued,” Grimm said. “I needed someone to assume selected office-management responsibilities as that was taking too much of my sales time. My bookkeeper had the potential to assume broader responsibility, yet it wasn’t easy for me to let go of some office roles. I had to become more organized, stop keeping so much in my head, and write things down so that she didn’t need me as much. Through both of our efforts, we grew into new roles, freeing me to close more sales. Since then we have exponentially grown.”

The pattern is similar for managers. They work hard, yet not necessarily smart, do too much themselves, “always know best,” and have difficulty delegating — not just the tasks, but the authority and independence to carry them out. Managers not delegating frequently leads to staff who are not learning and developing, are hesitant to express their ideas, and continue to need their supervisors’ permission or guidance. And, ultimately, the manager stays “stuck” and unable to assume other more important tasks.

So what can owners and managers do? Being aware of the need to let go and delegate is only a first step. People need to adopt a different mental model that says “in order to grow, doing it all myself and working more hours isn’t sufficient.” Once there, owner/managers need to know how to enact this new view, so as not to become disappointed and eventually retake delegated tasks and rhetorically saying, “I told you so.”

Grimm learned and utilized some important steps: documenting processes and procedures, clearly articulating expectations, and not saying, “Here’s how I would do it.” There’s one more critical component — on-going performance feedback. Letting people know specifically how they are doing, as well as how they might improve, significantly lowers the chances of failure and the impulse from an owner/manager to resume responsibility for the task.

To start the process, owners and managers can ask themselves three basic questions.

1. What tasks must I do exclusively? And then, keep doing them.

2. What can someone else do right now, or with a little training/coaching? And then identify appropriate people to do it and begin the delegation process. This might include doing some of the work together until the individual can do it independently.

Clearly, it is a mistake to simply say, “This job is now yours.” Successful delegation requires instituting the necessary training, coaching, and feedback mechanisms. And the good news is, once owners and managers make this transition, they find it very liberating. They can now attend to those matters that only they can do, such as banking relationships, strategic planning, closing larger sales, and financial oversight.

While Grimm and countless others find skilled people within their companies, Clark Cook, operations manager of Salt Lake City-based Atkinson Electronics adds another component to consider when setting up successful delegation — the hiring process.

“We begin people development during the interview process,” Cook says. “Once we find that potential service technicians have basic skills, we take the interview a step further. We ask them questions about how they have historically done being given very high expectations and how they would go about demonstrating service behavior as if they were the owner. Once hired, we initiate them into how building systems and controls operate, yet more importantly, we continue to immerse them in acting as if they were the owner again and again through training, coaching, and project debriefs.”

Letting go and allowing others to assume meaningful responsibility is more than nice to do — it’s a must do. Following the recipe of identifying what others can potentially do, giving them clear expectations, providing needed training and coaching, and offering on-going performance feedback is key to long term business growth. And, just as importantly, you may be able to take a well deserved, mostly worry-free, and much needed occasional vacation.   ν

Ron Cohn of Ralston Consulting has specialized for more than 30 years in leadership and strategy development, executive coaching, and small and family business succession.  For more information, please visit www.getralston.com or contact Ron at rcohn@getralston.com  or 801-328-1820.

Letting go has never been easy. Whether giving the car keys to a teenage daughter or allow ing another to plan the service schedule, comfortably stepping back and having someone …

Letting go has never been easy. Whether giving the car keys to a teenage daughter or allow ing another to plan the service schedule, comfortably stepping back and having someone …

Letting go has never been easy. Whether giving the car keys to a teenage daughter or allow ing another to plan the service schedule, comfortably stepping back and having someone else be responsible potentially comes with a myriad of obstacles, even when you know it’s going to be beneficial. So, what prevents people from letting go? 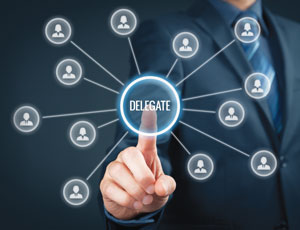 While some business owners find more freedom and growth as they delegate, there are a few things they need to continue to do themselves.

Purposeful Leaders Understand Their Strengths AND Their Weaknesses