Will a Handshake Work? Not These Days

Arnold Palmer’s handshake deal with Mark McCormack, the legendary founder of sports-marketing-and-management company IMG Worldwide, was one of the most successful business deals in history. Both men became wealthy, and neither ever felt the need to put their agreement in writing. Alas, that was in the 1950s. Today, not using a written agreement is a clear and unmistakable recipe for disaster.

Why? It’s pretty simple. Many people don’t keep their word, forget what they agreed to, are irresponsible, and often are just plain stupid. That may sound a bit harsh, but as a business owner, you know I haven’t gone nearly far enough.

How many times have you been “taught” a lesson by a vendor, customer, or an employee and thought to yourself, “Next time, I’ll have that in writing.” It’s a sad and difficult lesson, but it’s true. In this column last month I mentioned that we recently moved our offices to a new location. Part of the moving process is to “clean house” and throw out everything you’ve been collecting or storing for years and don’t really need. I was surprised to find we had an entire five-drawer filing cabinet filled with nothing but current contracts.

All of you have the same filing cabinet. When you open it up, you’ll find some of the mundane-but-annoying contracts for phone/cable/DSL/cell phone services that say you have to have a two-year contract or you’ll be charged some ridiculous cancelation fee.

You’ll also find the bank-loan agreements that look more like a telephone book where you’ve pledged your house, cars, savings, and children. The legalese in these documents has become so thorough that I believe there are no longer “loop holes.” After all, over time, each paragraph has been designed with a specific “situation” the bank had to address from a knucklehead who thought for some reason he did not have to repay his loan.
The contract I found while cleaning house that set me down this path was from a vendor that processed our circulation when we first acquired this publication. They were in charge of making sure we maintained a certain number of monthly copies, found new subscribers, and requalified existing subscribers after each 12-month cycle.

The contract was 17 pages long, very date-driven, and very punitive. For example, buried in the fine print was a 12-month auto renewal with a written 60-day termination notice. Oh, and did I mention the auto renewal extended the contract for 36 months? Additionally, disputes had to be in writing and received within 30 days. (Problems in this area of our business don’t usually come to light for twice that long.) The termination fee was equal to the 12-month rolling average. On the other hand, they did get to raise prices without notice, and their duties were limited to “their best effort.”

Sixty days before the contract we inherited expired I sent a registered letter informing the vendor we were putting our account up for review and as per their contract, sending notice that we were terminating our contract, but also inviting them to participate in the account review. (The service they provided was actually very good. I just didn’t care much for their contract).
However, rather than being asked if there were specific problems with their service and how they could improve, I was forced to go through a rather lengthy exchange with their vice president of sales on a technicality of why I could not terminate the contract. In the end, we did select a new vendor and did so without penalty.

The lesson here: Only people who write contracts like contracts, with few exceptions. If you have to have a lengthy and potentially punitive contract, you might think twice about doing business with the intended party. Somewhere there’s probably a formula that equates the length and complexity of the contract to the value of service performed. Most of you have done an excellent job the past five years selling service agreements and performing the work. Those contracts should be easy for customers to understand and just as easy to exit should they feel the need. Spend time with people who value you, not the ones who want to hold you to the letter of law.

Lesson two. Before the year is out, it’s likely you will be handed a lengthy and complex contract. Read it thoroughly, highlight sections you don’t understand and, rather than calling your attorney, schedule a meeting with the author and their attorney and fire away. It is much better to let them pay to explain what they want you to agree to. And, it’s a good idea to record this meeting. Should the “knucklehead” moment arise, you’ll have the backup you need. And of course, at some point your attorney should review, but by that time all the heavy lifting and cost should be minimal. 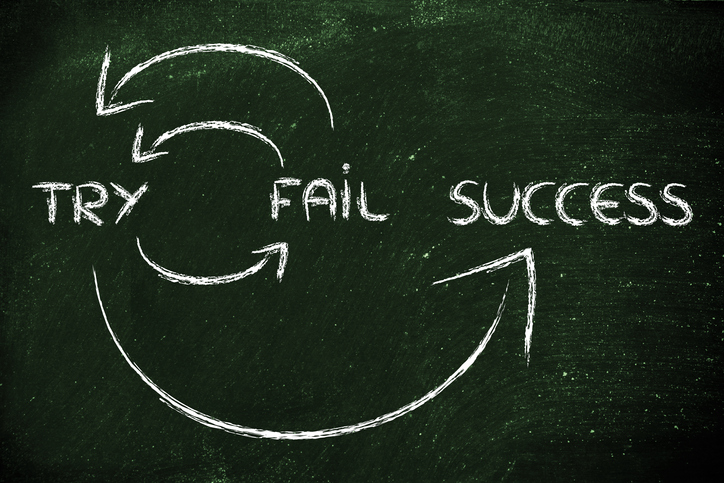 Good leaders are determined by how they react to failure

Words of advice for the small business owner.