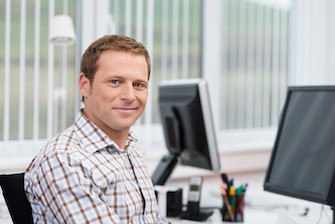 Why You Need To Be Using Social Media Tools

Networking communities, mobile messaging, and other tools are a golden opportunity got advertising and marketing.

What the Internet did do was give us more tools for communicating our messages, such as email blasts, forums, and webinars. More recently introduced tools include social-networking sites such as Facebook and mobile messaging tools such as Twitter, which are widely known as Web 2.0 or social media. These tools may be unfamiliar to you, or you may have limited exposure to them through consumer-to-consumer communication. But their use in business-to-business communications is skyrocketing as marketers develop new ways to use these popular tools as channels to reach target audiences. For example, Home Depot uses Twitter to communicate directly with customers by answering questions they have about products, sales, prices, and other topics. Instead of having to find the phone number of a local store, make a call, and wait for the right person to pick up the line, customers can use Twitter to send questions/comments to @Home Depot and get a quick, short response quickly.

Before the Internet, many of us used to practice another form of b-to-b marketing — belly-button-to-bellybutton — where we actually sat down with a customer or prospect and had a conversation. Unfortunately, many people don’t make time for this today; however, social media allows us to begin the relationship-building process in a virtual world. Hopefully, this will lead to more face-to-face meetings that ultimately result in sales.

Many business people are asking, “What value does social media provide that makes it worth my time and investment?”

One of the biggest benefits for marketing and advertising is immediacy. Social media tools give customers and prospective customers new ways to find information on products and services and give providers of the products and services a way to engage the customer immediately. It’s no longer a one-way conversation. Web 2.0 allows customers to participate in dialogs, forums, surveys, mobile instant messaging, etc. Making their opinions heard and known was more difficult in the past (i.e., mailback paper surveys or time-consuming phone surveys), and so fewer customers were likely to participate in an exchange, and when they did, it took much longer to establish the relationship.

Additionally, social media is the most powerful set of branding tools that has ever existed for connecting with customers on an emotional level. On social-networking sites, people interact with one another on a personal level. They engage with others who have the same interests and opinions. Through these conversations, people begin to trust the opinions of network “friends.” Social networking is flooded with established experts in almost all industries, so when one of these experts reports finding the best hvacr contractor in town, network friends trust this more than you would trust a typical advertisement.

What better way to receive an endorsement for a product or service than from a trusted friend? And that is what social media is all about. It’s a simple idea, and it works.

To get started, businesses need to rethink the way they communicate to customers and prospects. They need to quit selling and start listening, which is the golden opportunity social media provides.

According to the latest research by Nielsen Online, social media’s popularity is substantial; it is now even more popular than email. Here are some statistics on the use of Internet-based communication tools:

YouTube: In March, YouTube reached 100 million monthly views in the United States. Three billion videos were viewed on the site. YouTube will serve 75 billion videos to 375 million unique visitors in 2009.

Facebook: Facebook has grown from 100 million to 200 million users in less than eight months. If it were a country, it would be bigger than Brazil.

Social media isn’t a phase and isn’t going away. It gains millions of new users each year. Forrester Research, in a recent report, “Bold Predictions on Social Computing in 2009,” highlighted trends that will be game changers in social media down the road. Among the highlights:

• Social technology becomes universal. “By the end of 2009, more than 85% of U.S. online consumers will be reading or interacting with social content.”

• New technologies will arise that will allow platforms — including e-mail, the Web, and mobile devices — to connect with communities; and brands will begin to integrate social applications with traditional marketing campaigns and revise campaigns based on social feedback.

• Static, stand-alone advertising will give way to the flexible marketing campaigns that combine social media tools with traditional advertising channels and methods. Supplying high-quality, interesting content will still be essential, of course.

The numbers don’t lie; customers, suppliers and distributors are online. Social media is the new instrument to reach these audiences. Embrace this change to how you market and realize those that are early adopters will become market leaders in the future.

SONNHALTER is a b-to-b marketing firm that specializes in reaching professional tradesman in construction, industrial and MRO markets. John can be reached at jsonnhalter@sonnhalter.com or visit his blog www.tradesmeninsights.com.

Why You Need To Be Using Social Media Tools

Networking communities, mobile messaging, and other tools are a golden opportunity got advertising and marketing. 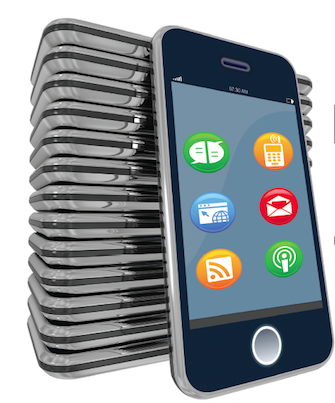 The strategy, approach, and tools use in Barack Obama's campaign, and a look at how contractors can apply these same tools to growing their hvacr company brands. 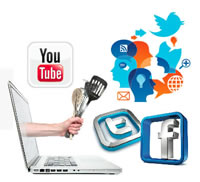 As a business leader, you need to be familiar with the different social media platforms and understand how they can help you to improve marketing and communication. Each platform provides a different and potentially profitable opportunity to grow your business if used in a way that takes advantage of how it works.

Do You Fear Internet Marketing and Social Media?

Put Some "Pull" Into Your Marketing

How to use a combination of push promotion and social media interaction to attract new customers.