Take advantage of this low-cost, high-impact avenue to customers.

Everyone is atwitter with Twitter, but not everyone uses Twitter for business. Many users tweet about what’s happening in their personal lives. But one of the smartest ways to use Twitter is for business promotion. As Terry Tanker, publisher of HVACR Business pointed out in the July issue, Twitter is perfect for hvacr contractors wanting a more scientific way to use target-marketing dollars.

I use Twitter as a tool — specifically as a marketing tool, and here are nine lessons that I’ve learned about doing this:

Get as many followers as you can. Ignore people who tell you that it’s the quality of your followers, not the quantity. They’re trying to make friends, not use Twitter as a tool. The reason you want more followers is the law of big numbers: the more followers, the more people talking about what you do, the more doors open to potential sales.

Don’t worry too much about reaching “influentials.” One theory is that Twitter is valuable because it helps you to reach wellregarded people who will endorse your business. But this thinking is flawed because the Internet has flattened and democratized information. No one has as much special access, special knowledge, and distribution as they used to because of the growth of Web sites, blogs, and, of course, Twitter.

This doesn’t mean that you shouldn’t promote your Twitter account when networking with influential people, members of the media, community leaders and others — if nothing else, getting them to follow you on Twitter can help you get others to follow you. But mark my words: It’s better to have an army of committed customers/followers than a few drive-by influentials.

Pick the right name. You will face the issue of whether your Twitter name should be the company’s name or your name. I have Guykawasaki and Alltop (one of my companies) because you should try to get both much like preventing domain name squatting. My theory is people are more likely to follow a person than a company, so 99% of my attention goes to my Guykawasaki account. Also, someday you may sell your company, and the company account will probably go with the acquirer. However, if you go with your name, you need to not tweet only about your company — indeed, you have the moral obligation to tweet informative posts that have nothing to do with getting a sale.

Monitor what people are saying about you, your company, and your product. You can do this with the search features of Twitter. Bookmark your search so that you won’t have to reenter terms. Or, you can use a product like Tweetdeck to create a search. For example, I monitor this search [guykawasaki OR “Guy Kawasaki” OR Alltop] to follow what people are saying about me and Alltop. Searches like [how to Alltop] where you substitute your company or product name for “Alltop” are also useful to find tweets about using your product or service. You can also use Twilert.com to receive email notification of search results much like Google Alerts. When you find such tweets, take these actions:

Customers are angry: Find out why, and help them out.

Customers or potential customers are confused or have questions: Answer their questions until they are not confused.

Customers are happy: Ask them to spread the word.

You will find that people are delighted when you respond, and that no matter how rocky the relationship started out, they usually become fans. By simply monitoring what people are saying about you, you’re using Twitter better than 95% of the companies out there.

Don’t be shy about asking people on Twitter to spread the word for you. If they like what you do, they will. If they don’t, they won’t. It’s as simple and transparent as that. If you don’t ask, you don’t get. Unfortunately (or perhaps fortunately for some of us), most people don’t have the chutzpah to ask for help.

Create an email list. We created an Alltop email list in response to complaints about people receiving duplicate tweets, which can happen when a person sends your message to another person who is already following you. Through this list, we announce every new topic, and we let the recipients decide if they want to tweet it (or email it) to others. Also, they can obviously edit and create their own tweets or messages. We told the 671 people using Twitterfeed about it, so that they could drop the Twitterfeed mechanism and use the email notification instead. We opened up the email list on the night before Thanksgiving, and in six days about 600 people signed up for it. That was surprisingly high, but what’s even more interesting is that only 50 of the Twitterfeed folks stopped doing it.

According to her, this was much more effective than the various sharing and email forwarding schemes. I thought her idea was absolutely fabulous and copied it. Now there is a “Post to Twitter” button on every Alltop topic page. About 20 people a day do this. On average they have 350 followers, so this provides us with another 7,000 or so impressions per day. More is less when it comes to offering people multiple ways to spread the word by clicking on rating services like Digg, Delicious, and Yahoo Buzz. Pick one and be done with it. I pick Twitter because it doesn’t involve a popularity contest to get on any front page — instead, all your followers will get the tweet.

Offer deals to Twitter users. You can Twitter to offer special deals to your followers, such as Amazon and Whole Foods do. Check out how they Twitter special offers to get ideas for your business. How can you not love something like Twitter that is fast, free, and far-reaching for pushing out special offers? (Power tip: If you need to enable several people to tweet and to schedule your tweets, check out a service called Brightkit .)

This is how to use Twitter as a tool. I hope the Twitter community helps you as much as it has helped Alltop and me. With some effort, you may come to view Twitter as I do: the best new marketing tool of this century. Tweet long and prosper.

Guy Kawasaki is the chief evangelist of Canva and the creator of Guy Kawasaki’s Remarkable People podcast. He is an executive fellow of the Haas School of Business (UC Berkeley), and adjunct professor of the University of New South Wales. He was the chief evangelist of Apple and a trustee of the Wikimedia Foundation. He has written Wise Guy, The Art of the Start 2.0, The Art of Social Media, Enchantment, and eleven other books. Kawasaki has a BA from Stanford University, an MBA from UCLA, and an honorary doctorate from Babson College. 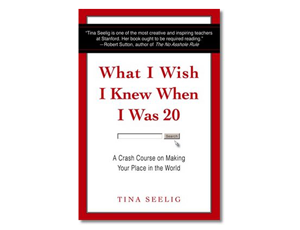