How To Become An 'Expert'

Creating ‘Top of Mind Awareness’ via TV ads, newsletters, and other methods will draw customers to you.

Picture this: You’re the one — the company to call in your market. No ifs, ands, or buts about it. How did you get there?

Being known as an expert is the result of many factors — some calculated and tangible, some not. Certainly, a sterling reputation plays into the equation. But so do other important actions that require attention and preparation.

Ultimately, the primary goal for all hvacr businesses is to get customers to call. How do you achieve this? By constantly working to create “Top of Mind Awareness” (TOMA), so that you’re the one customers think of when they have comfort concerns.

HVACR Business recently spoke with two contractors who excel in building TOMA. Don’t let their size intimidate you. Many of their ideas can be applied in smaller businesses as well.

What’s in a name?

Estes Heating & Air Conditioning Inc., Atlanta, was founded in 1949. Estes is known as The Man for All Seasons in its market due to its longevity, reputation, and commitment to advertising, most notably television commercials. The $12-million, award-winning company specializes in residential service and replacement and spends about 6% to 8% of its annual revenues on advertising, taking advantage of co-op funds whenever possible.

“It’s important to stay in front of customers,” says Tommy Estes, president. “TV commercials are an important part of our strategy.”

Estes has been writing and appearing in commercials for about 20 years, so he’s a familiar face on the Atlanta airwaves. Recently, his son Brian, the company’s vice president, began appearing in the commercials as well.

“Image is very important,” Tommy Estes says. “In our business, there’s not much to differentiate, so we have to go on our company name. In our particular situation, we emphasize that we’ve been family owned and operated since 1949.”

In addition to TV commercials, Estes does radio spots and has two billboards. “We start with a plan for the year and alter it as we go, depending on what’s working and what’s not.”

Estes says television is the best form of advertising for his company, even though airtime is expensive in Atlanta. “In other markets, air time is not as expensive, so it depends on where you’re located.”

The company’s commercials run on network channels, which Estes selects based on ratings and demographics. “Most of our spots are 15 seconds, although we occasionally do a 30-second spot. They usually focus on a theme, such as rebates or our whole-house comfort analysis. We shoot five or six spots at a time, perhaps every other month. About half the time we film them right in our facility, and the other times, we film them at the TV stations.”

While Estes is well versed in advertising, he does partner with a small advertising specialist who helps with brainstorming and some of the writing. “Contractors who don’t have a lot of experience in advertising can always seek out help. It can be anyone from a freelancer to a big firm if the funds are there.”

Estes says his company doesn’t spend much in phone-directory advertising or other print advertisements. Instead, it invests in communicating via newsletters; helps reporters with news stories focusing on hvacr-related topics; sponsors sports teams and community events; maintains an informative Web site (www.estesair.com); and participates in industry associations such as the Air Conditioning Contractors of America (ACCA), which granted Estes its 1999 Award for Excellence in Residential Contracting.

Like Estes, Peaden Air Conditioning & Heating, Panama City, Fla., prepares a yearly advertising plan and budget. Both companies sell private-labeled equipment along with one or two lines from manufacturers, however neither tags on to manufacturer advertising.

“We strive to create daily TOMA, which helps us gain market share, which is directly relative to an increase in revenues,” says Robert Wilkos, the company’s business leader.

Peaden’s TV commercials can be viewed at its Web site. “They are designed to educate, as an educated consumer is our best customer,” Wilkos says. Some of the commercials feature professional “talent” and have won local and regional advertising awards. A recent spot focusing on 13 SEER was particularly well received. Wilkos works with a full-service ad agency to script and produce the commercials, though he provides a great deal of direction. He estimates that Peaden spends about $250,000 a year (3% to 5% of annual revenues) on advertising.

Peaden was founded 30 years ago and has been advertising all along, but it wasn’t until about eight years ago that it began advertising heavily and much more strategically. It’s paid off, according to Wilkos, as demonstrated by the company’s high number (9,400) of service agreements in a small market.

Television has been a good medium for Peaden, especially because airtime is very affordable in its market. Peaden’s commercials appear on both network and cable channels, and the company sponsors daily network weather reports.

Peaden understands the value of positive media relations and how working with the media can help solidify its position as an expert.

“When someone from the media calls, we answer right away. Everyone here gets to be an expert, not just me,” says Wilkos.

Along those lines, Peaden’s Web site features a “newsroom” that contains the company’s commercials and press releases. This information is not only impressive to consumers, but it also proves valuable when a member of the media is looking for information and/or an “expert” to interview on an hvacr-related topic.

Newsletters are another important tool for Peaden. “We e-mail our weekly internal newsletter to industry, community, and business outsiders. Many local radio, print, and TV managers receive it, and sometimes they’ll see an item that turns into an article or news piece on their end,” Wilkos says.

Like Estes, Wilkos is active in associations and proudly notes the numerous business awards that Peaden has earned, including ACCA’s 2005 Award for Excellence in Residential Contracting. He also writes for trade publications, another way contractors can enhance their visibility.

“If you want to make an impact with advertising, you have to spend,” Estes says. “A lot of marketing professionals recommend you allot between 2% to 5% of gross sales to advertising. For us that’s not enough. It depends on your market.

“For TV, small markets can be dirt cheap. If you have a limited budget, do with what you have. Pick the top station in your area, even if it’s the most expensive, and be consistent. Keep in mind that not everyone can do their own spots. Admit it if you can’t, and let someone else appear in the commercials.

“The key is to find one thing, do it right, and do it consistently,” Estes continues. “TV commercials aren’t something you can just do a few times. You have to work to build name recognition and an identity over a long period of time.”

Adds Wilkos: “Have a plan and stick to it. We have a 12-month rule: Give a new strategy 12 months before you evaluate it.”

Wilkos notes that it’s important to have substance. “You can make a lot of noise about how great you are, but you have to be able to back it up with credentials. You have to earn your way.”

Strategies to help achieve TOMA include:

• Advertising: Options include television, radio, billboards, print, and phone-directory listings.
• Media relations: Being interviewed for articles or appearing on local television or radio talk shows.
• Public relations: Sponsorships, press releases, contests, events, and open houses.
• Newsletters: Communicating with customers, prospects, and outside business contacts.
• Web sites: Making it easy for people to learn about your services.
• Article writing and speaking: Sharing your knowledge.
• Networking and community involvement: Maintaining a local presence and “giving back” to your community.
• Participating in associations: Working to raise the level of professionalism in the industry.
• Winning awards: Showcasing your employees’ talents.
• Certification: For example, employing NATE-certified technicians and publicizing that fact.

So You Want to Be A Star?

If you’re considering TV commercials, here are some questions to ask:

What are you going to focus on? Your company name? A product, service, or educational topic? Are you creating a campaign that will highlight numerous topics over the course of the year? If so, do you want to tie them into the seasons? Do you want your commercials to “brand” your company (i.e., reinforce your image and create TOMA), or do you want them to invoke a “Call to Action,” or some combination of both?

What is your budget? Local spots can be affordable, as can cable television. It depends on your market. TelevisionAdvertising.com, a site maintained by an advertising professional, offers more detailed information on topics such as pricing, appearing in your own commercials, frequency, and range.

Do you need professional help? If you’re on a limited budget, consider hiring a freelancer or a small agency. They can help you select the stations, purchase air time, brainstorm; and write and produce your commercials. Online resources are available (e.g., Cheap-TV-Spots.com and SpotRunner.com), however local ad agencies can assist just as well.

Lisa Murton Beets is a Cleveland-based communication consultant, writer, and editor specializing in hvac-related topics. She can be reached at lmbeets@adelphia.net.

How To Become An 'Expert'

Ultimately, the primary goal for all hvacr businesses is to get customers to call. How do you achieve this?HVACR Business recently spoke with two contractors who excel in building Top … 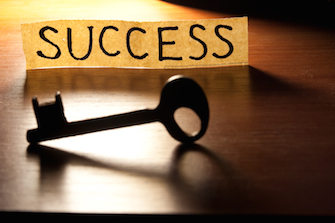 6 Keys To Success in Home-Performance Contracting

HVACR contractors who offer home-performance contracting will become the dominant service providers in any given area.

Contractors can have top notch ads with minimal effort.

There's no right answer. The decision to buy or lease a fleet should be based on several things, including how you used your trucks and financial considerations.