Bill McBean is the author of  The Facts of Business Life: What Every Successful Business Owner Knows That You Don’t (Wiley, October 2012, ISBN: 978-1-1180949-6-9, $24.95, www.FactsOfBusinessLife.com). Bill began his career with General Motors of Canada Limited in 1976. After holding several management positions with GM, in 1981 he accepted a position with the Bank of Nova Scotia (ScotiaBank) as manager of a sizeable commercial lending portfolio. Two years later, however, GM approached him about opening a new automobile dealership in Yorkton, Saskatchewan, and, along with ScotiaBank, offered to lend him the required capital. Accepting the offer, Bill began his first business as a “start-up” the following year, beginning with 10 employees. 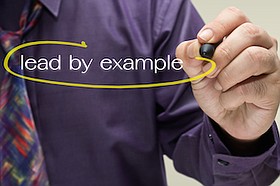 Managing these challenges successfully will help you and your business to reach full potential.