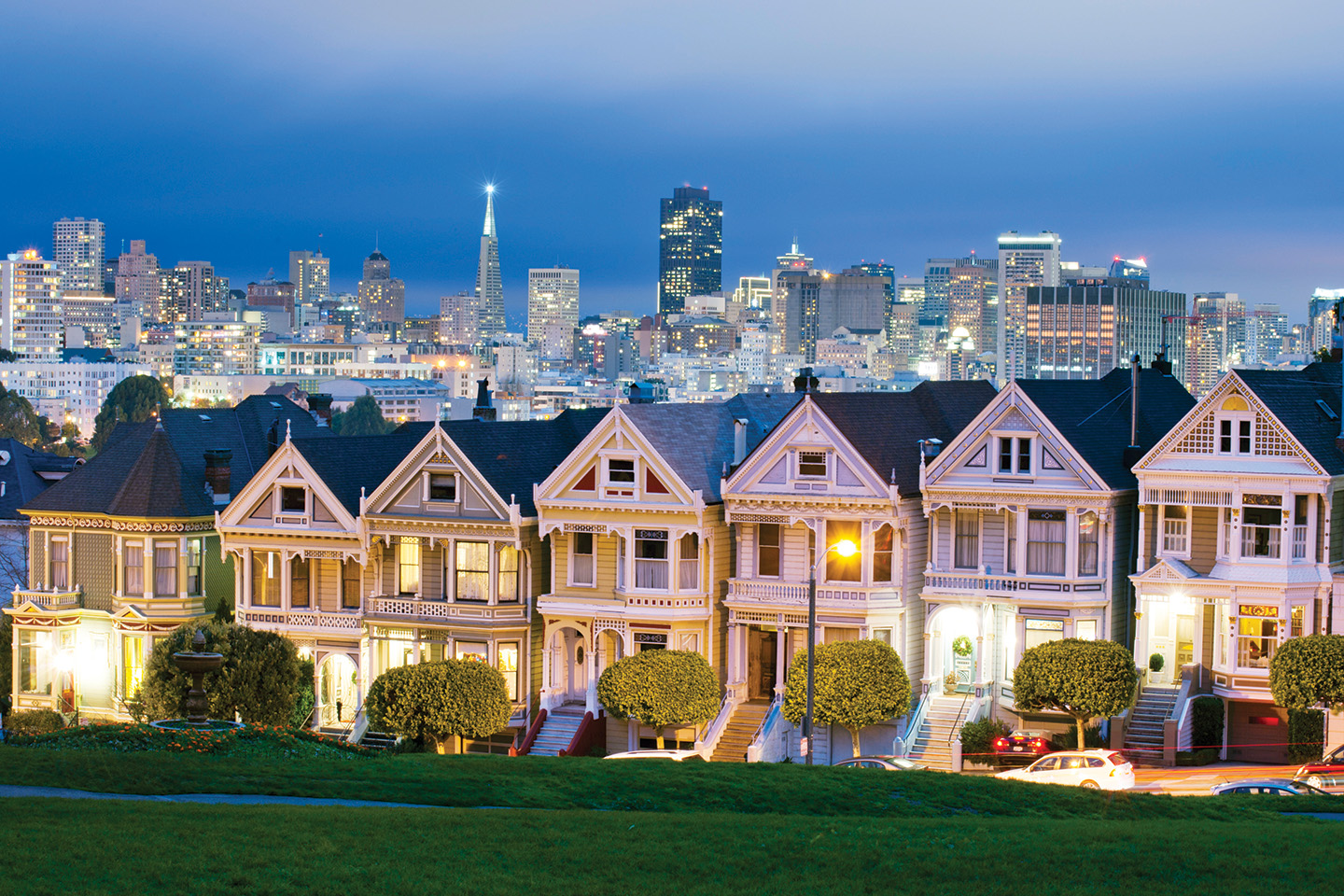 Since launching the Spotlight Series this year, we’ve written some in-depth features on a wide range of HVACR leaders - from women forging a path in HVACR to CEOs of multi-million-dollar companies and startups.

Bryan Benak is our latest featured guest. At the top of his game as the Chief Executive Officer of Southern Home Services, Benak is someone who worked his way up through the ranks in the home services industry to achieve the present-day success he now enjoys. Still passionate, he has an interesting perspective on success, and the best way to achieve growth and expansion, no matter where you currently find yourself in the industry.

My intention in sharing this feature is to educate. I hope that you will find the benefit of his experience, insight, and willingness to share, helpful when growing your own HVACR business.

Hard Wired for A Career in Home Services

Benak explained that during the early days, the focus for most of his college friends centered around careers in “more glamorous” professions, as he put it. But for him, it made more sense to go into the home services industry.

“I grew up in a house where people worked in the services industries. There was no glamour attached, at least not compared to those venturing into banking or going to law school.”

“It was hard-wired in me. It’s what I enjoyed. After two or three years in the home-services industry, but not on the consumer services side, I ended up working for the subsidiary of Michelin, North America transitioning into the B2B services side which propelled me toward Service Experts, one of the largest companies of its kind, and I eventually ended up running the whole United States division, even amid three ownership changes.”

Expound a bit on being at the helm of a company during profound expansion and amid ownership changes. What is the key to managing job insecurity and changes?

“At Service Experts, we were originally owned by Lennox, which is one of the OEMs. And then we had a very successful turn with private equity owners. Until finally we were sold to a publicly traded company on the Toronto Stock Exchange. Ultimately it was that foundational experience that led me here. The move to Southern Home was a natural fit. “I'd gotten to know the owners in 2016, and we kind of have a running joke now that we dated until we finally got married in 2019.”

As we spoke, Benak referred to his early days working in home service. It was that early experience that he credits as being integral to his success.

“The journey that led me to this role which I love, is twofold. My entire career has been in the home services industry. Like anything, if you are in it long enough and have had a successful run, the private side does become a little more appealing. But it has been my role in hiring people that I find most appealing. I love the people we work with. It is the workings of this industry that I find most appealing. It's a very data and metrics-driven business. Many forget, however, that there is a people side to it as well. These are real people from all walks of life. It makes it so much more interesting because we deal with things that matter to them every day, both from the customer side as well as from the employee side. That part is gratifying.“ 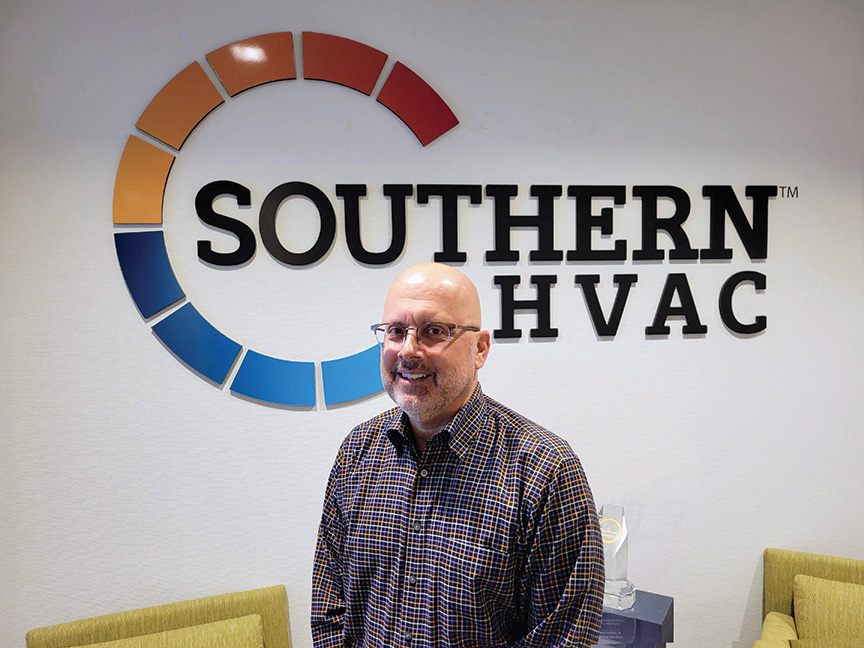 As we continued, I asked him to go back a bit for the benefit of our readers.

Was there a plan? How did you get to this place?

“Yes, I had a plan.” he said, “When I was 22 years old, I said, I will be the CEO of a publicly traded company.” You know…I played very competitive soccer. I think it helped me, not only in developing my work ethic and team attitude but also in learning to deal with competition. At this point I don’t work because I must, I do it because I love it. I thrive on the competitive nature of the business. I view it as a sport. Think about it – if we look at the model, you need teamwork, good stats, metrics, and the win. And like in sports, you train the right players and develop them to make them better over time.

The importance of a good work ethic was instilled in me very early. That value spilled over into sports for me as well. I look for that in the people we hire. I seek out folks who have a high work ethic and are competitive. Yes, it’s a very data-driven industry, but the people make the difference. Let me give you a sports example… I am a big hockey fan. If you go back to the 1980 Olympics, it was not necessarily about the best players, it was about the right players.”

We both smiled at the reference to the Mike Eruzione, “Do You Believe in Miracles?” moment in sports history.

“Right? To me, that is one of the greatest sporting moments ever. In business, like in sports, it’s not always possible to hire the most expensive candidates. But you can hire the right people. If you look at it from a sports model, the two things align. This industry is very data-driven, but it is also so much about the people. You can’t do anything without the right people. If you develop them and want to see them improve, it’s a winning model. Because if they improve, that means ultimately the business is improving. I'm not just talking about managers either. I'm talking about staff at all levels in the organization. I always remind our corporate teams. We work within these glass offices, it’s nice to think we matter. But we send our staff to deal with the customers. So, they're hardly ever in the building. If we aren't successful in making them very good at what they're doing, we're not going to be successful with customers. The building in which I'm sitting today – if it disappeared, our locations would figure out how to do accounting and HR. However, if the workers who deal with customers disappeared, we'd have problems. None of us could go do field or customer service. As I see it, we're the least important group of people in the organization. And I mean that. I value everyone, but we're here to support them. They can survive without us. The reverse is less true. The way they serve the customers is ultimately how we all win.

In terms of going from a start-up to a nationwide company, or even expanding at the local level, my advice is always about getting back to the basics. Analysts spout things like, ‘We spend X on research and development.” Or the reason their ‘stocks declined, and the revenues haven't grown is they cut back on research and development over the same thing.’ I would challenge any manager to widen that ideology. We are in the service business. Invest in training and development. If you're only looking at profits and cutting development investments, you're ultimately hurting yourself over the long haul for short-term gain. How we make money ultimately is by seeing people get better. That only happens through training and development. Also, focus on what you do well. Often people on the verge of growth, get excited by shiny objects, better technology, more locations, and better everything. There is nothing wrong with expansion but do it smartly.” How? “Well, part of the decision-making process to expand either in the plumbing or electrical fields should always be: Are we delivering consistently? Are we good, maybe even great, at our core business first? Then, and only then should you decide if you are ready to expand. If so, set about carving out a nice regional niche in the market first.” 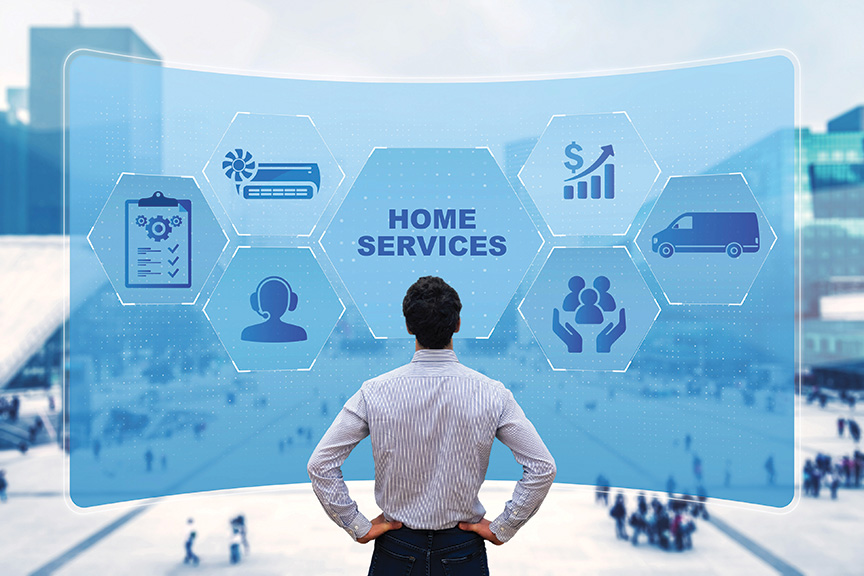 How do you know it is time to expand?

For instance, at Southern Home Services, we are, by design, a southern kind of values company. We chose to stay in the south, mid-south, lower mid-south, and southeast. That decision still yields twenty locations, but we always make decisions from that perspective. The other thing we've done well is that we're not opposed to ---when we acquire --- buying multiple brands in the same market. Because if you look at most markets in the HVACR space, even when adding up the biggest player, they probably don't have a 5% share of the market in any given market per se.

2.   Look at the number of homes being serviced in that metropolitan area.

If you are looking to acquire or compete in additional markets, look at the homes your target acquisition is serving in the area. You can do that comparison. Within a zip code area, they may have eight or ten percent, but in the whole metro area, I think you'd be hard-pressed in HVACR, to find somebody serving much over 5%. It’s a simple equation. How many homes were serviced and how many monthly homes over a given time frame?

What trends do you see in the industry?

Trends are being driven by anything that focuses on improving energy efficiency. More energy-efficient heat pumps, newly regulated refrigerants, and technicians who know how to work with these new systems and can adapt to changes.

If you could define yourself in a few words, what would they be?

“Humble. High work ethic, open to new ideas, and very little to no bureaucracy. Oh and, “let me say this. If I could give one last piece of advice to your readers, building and growth are all about having the right people and the right processes to execute the plan. And then be sure to get great at what you do well, your core business, before ever thinking about expanding.”

Bryan joined Southern Home Services in February 2019. Before joining Southern, Bryan was Vice President & General Manager of the United States business at Service Experts where he oversaw $330 million in revenue and 1,900+ employees. Before that he held various management and executive roles within several ServiceMaster businesses – Terminix, American Residential Services & Merry Maids. Bryan is a graduate of Georgia State University where he earned his B.B.A. and has an M.B.A. from the University of South Florida. 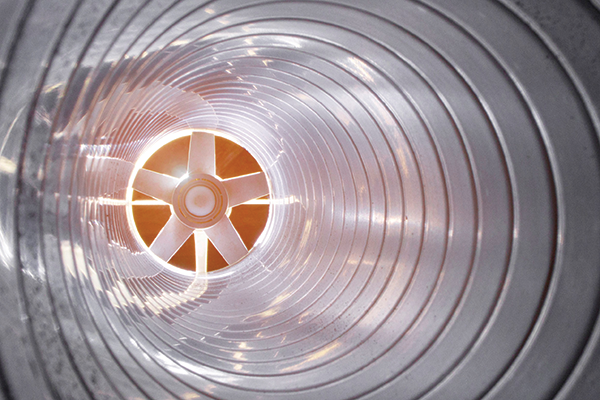 A Long & Rewarding Relationship with the HVACR Industry

In-depth interview with Brennan Hall, Director of Duct Fab Supplies and Air Distribution Products at Conklin and the President of SPIDA. 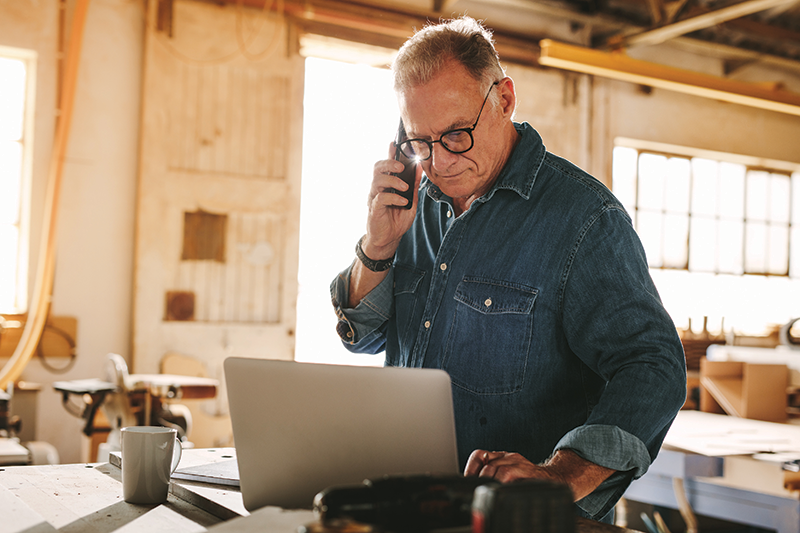 Preparing for the Shoulder Season 2023 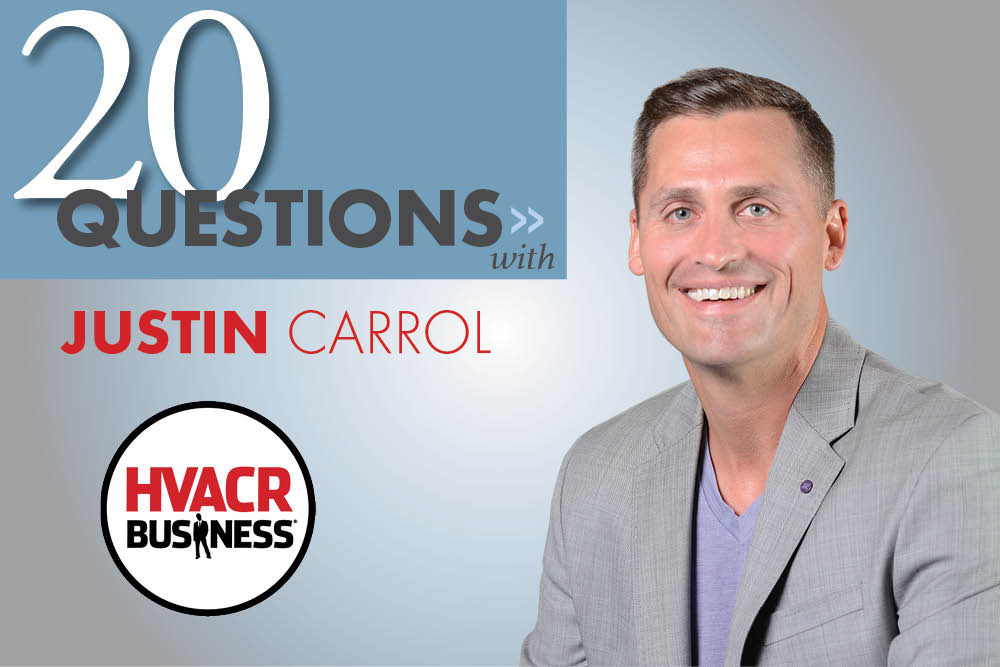 Justin Carrol, President of P1 Service Group discusses the “people first” mission, the privilege to be able to enhance lives, and the role of ethics in business. 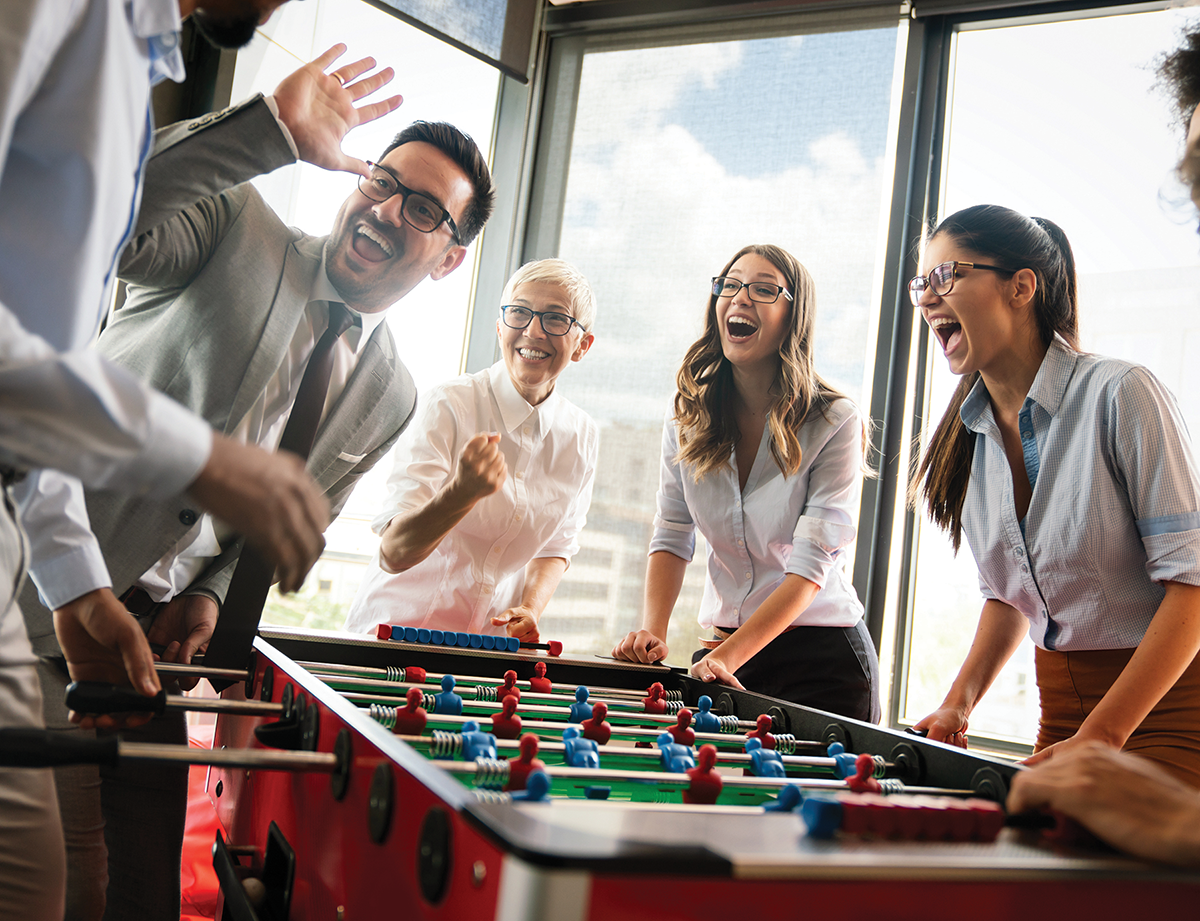 Tips to Motivate Your Team After the Holidays

If you find your team is lacking in motivation after the holidays, follow these helpful tips to increase productivity 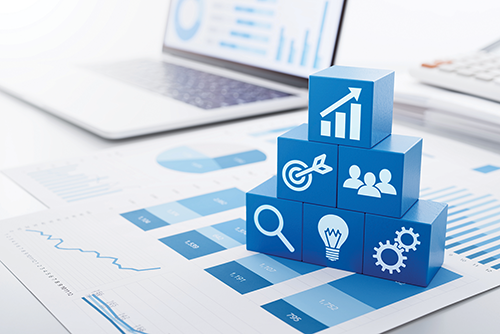