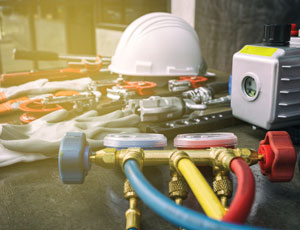 According to Fact.MR’s study, penetration of hydrofluorocarbons (HFCs) continues to remain high despite growing research on its harmful impact on the environment. Taking into consideration the environmental impact of HFCs, regulations on its use have become stringent over the years. According to Fact.MR’s study, these factors are likely to provide an impetus to the growth of low GWP refrigerants market in the near future.

An increasing number of developed as well as developing countries are implementing a regulatory framework that puts a check on the production and use of HCFs. Initiatives such as the Montreal Protocol, European Union’s F-gas regulations and the US Significant New Alternatives Policy (SNAP) program have been successful in curtailing the use of HCFs in a range of applications. The ripple effect of these initiatives and regulations has bolstered the case for low GWP refrigerants, according to Fact.MR.

Phase Down to Create Lucrative Opportunities

The European Union has stringent environmental policies, and it is manifested in the rapidly plummeting availability of high CWG HFCs in the European region. According to the summary of HFC phase down in Europe release by the Environmental Protection Agency, the HFC phase down was modest during 2015-2017, however, very steep decline was observed in 2018 as the average volume of HFC available on the European market reduced to 63 percent of the 2015 amount.

Thereby, with the sharp decrease in HFC supply in 2018, there is potential for a significant refrigerant shortage in European markets. Leading players in the low GWP refrigerants market in Europe are aiming to capitalize on lucrative sales opportunities in the European Union by bolstering the production of low as well as ultra-low GWP refrigerants.