A major and important trait found in those who achieve long-term success is humility. Those who chase fame or want their moment in the spotlight lead short-sided lives, which in turn lead to short-term success. Our goal in this series is to develop those skills and traits that bring long-term success, not just short-term pay-offs.

Humility is one of the key leadership traits that create a winning culture. It’s the art of shifting focus away from you and continually recognizing the contributions of others.

A great example is Peyton Manning, a phenomenal quarterback and a great team leader. In his interviews he always points out and credits his success to the importance of the team he plays for and on their contribution. He credits the coaches and how well they coach him and the team, the linemen for how well they block, the backs who run with the ball, and the receivers who catch the ball. He understands that his achievements are only made possible by the play of others that are around him. His humility creates a team feeling and that camaraderie creates buy in from everyone that plays with him. Manning could very easily talk about his own personal credentials and accomplishments, but he understands that in order to be truly great, it takes humility on his part, and the best efforts of those around him.

Manning is not being timid or self-effacing about his talent or his accomplishments. His humility in recognizing the contributions of others on the team is his strength. Without any arrogance, he displays the quiet confidence of a true leader in the graceful and effective pursuit of achievement.

As a leader in your company, make it a practice to encourage and to teach your managers, by example, the value and benefits of humility. The rewards are many.

Along with humility is the issue of how you look and dress. Successful people understand the value of looking successful. This isn’t limited to executive leaders or managers. All those who strive to be successful should model success through their appearance. My partner, Barry Taylor, made this very point to a new manager several years ago. Barry came to work every day dressed as a true professional. The new manager asked him why he was always dressed like that. Barry’s answer was perfect. He said, “I’m not dressing for the job I have, I am dressing for the job I want.” This is the perfect attitude about dress. Barry understood that he could dress a little more casual for the role he currently held, but his sights were set higher. He dressed and presented himself in a manner that showed me, and others, that he was the man for the next job. How you present or carry yourself will be directly proportionate to where you end up in your career.

When our team sees that they are following a humble leader, also known as a servant leader, and someone who looks the part, they will model the same behaviors. Those around us will find value in others and strive to improve their appearance as well.

Here is why these two elements are so important.

1. Goals. Humble leaders understand the fact that goals must not only be attainable and achievable, they must be fulfilling to the entire team. When ego-driven leaders set goals, they are just that. They are set to levels that allow the leader – and not the team – to look good upon achievement. When egos take hold, the goals are rarely achievable because they are set for self-satisfaction and not for the benefit of the team. Humble leaders understand that everyone must contribute to the team’s success and that real success is not a reflection of individual success.

2. Model the behavior you expect. Just as we talked about in “dressing for success,” you model to your teams what success looks like in how you dress and conduct yourself. You are the model for everyone on your team. If you show up disheveled, then your team will take on the same appearance and tone. If “looking the part” isn’t important, then they won’t look the part. We must always remember that we, the leaders, set the tone for what success looks like.

3. Long-term success is an everyday job, not just an every once in a while venture. We have to be the model of consistency for our teams to follow, both in humble actions as well as in appearance. We will only be as good as our team, and our team will only be as good as we are. This starts with you, every day, making a commitment to holding yourself accountable to being your best by being humble and by being the model for others to follow. 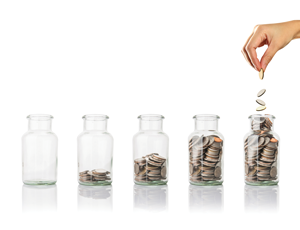 History shows that your company is actually an annuity and should be treated as such. 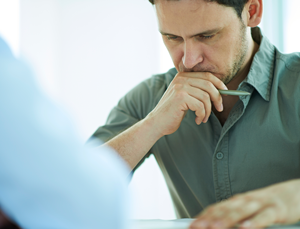 As a leader, it's important to improve your decision making process when faced with tough problems and tough decisions.

Who’s in Charge of the HVACR industry? 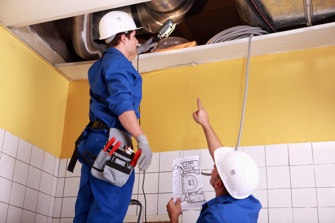 Employee Education and Training: In the End, We All Win

Employee Education and Training: In the End, We All Win. Why should I invest in education and training?

In order to truly understand and maintain the principals of long-standing success, one must first grasp the fundamental concept that success is not based on individual performance, but rather the …