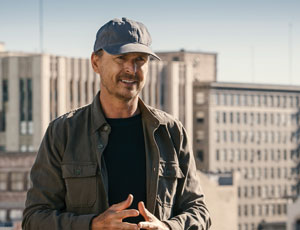 Show Off Your Skills

I’m not going to lie ... a lot of my so-called, “good ideas,” actually come from my wife. She’s the one who pushes me to think outside the box, especially when it comes to my job.

Back in 2008, when we were first dating and I had gotten a job as managing editor on a magazine for pest management professionals, a show came on Discovery called ‘Verminators’ about a pest control company in California.

After watching a few episodes together, I mentioned to her that I thought this was a good thing for the industry because more people would learn about pest management and, perhaps, it might convince more people to consider it as a career choice.

That’s when she turned to me and said, “Well, why don’t you reach out to them and write an article for the magazine?”

And so I did. A couple of months later, our magazine featured Mike Masterson, owner of Isotech Pest Management and star of ‘Verminators’ on the cover with a story about how he became an ambassador for the industry.

Now, here we are and she’s done it again. A couple of weeks ago, my wife tells me about a show she’s been watching while on the treadmill: ‘Tough as Nails.’

The contestants, she says, are people from different trades — essential workers — who compete in team and individual challenges that showcase the skills and talents you acquire through a career in the trades.

I’m immediately interested, because, as a society, we need to do everything we can to promote the trades as a rewarding career path and solve the skilled labor shortage. After telling me about the show, that’s when she says (yep, you guessed it), “You should interview Phil Keoghan ... he hosts the show and he created it too.”

I’m familiar with Phil Keoghan from the other reality show he has hosted on CBS for nearly 20 years, ‘The Amazing Race.’ So, yeah, I’ve been a fan of Phil’s for a while and thought it would be fun to interview him.

Never has it been so easy to get a hold of a celebrity for an interview. Within days of emailing a request, I immediately heard back and was talking with Phil a short time after that.

Phil has had a fascinating life, traveling the world from a very early age but never losing sight of his family’s blue-collar roots. He speaks fondly of his grandfather, who was a mechanic, an aeromechanic, and a gunsmith.

“I spent a lot of time with my grandfather, helping him do all kinds of odd jobs,” Phil says. “If ever there was a repair job to be done, you didn’t call the repair person. You did it yourself.”

He says the inspiration for ‘Tough as Nails’ came from his frustration with hearing derogatory comments about people in the trades as if somebody in the trades was less than somebody else.

“Hold on, you’re talking about my grandfather right now,” he says. “The idea of the show is to honor those people who keep the country running.”

You can feel the passion Phil has for tradespeople ... the respect he has for people who master a trade.

“It’s years and years of experience that have led to that person being able to do a good job,” he says. “And they deserve to be compensated for that good job.

“My dad was top of his class at university and was an honors student and got a Ph.D., but he would be the first to admit that his father who left school at 13 was just as bright and had just as much knowledge in his area of expertise as a mechanic that my dad had as an agronomist.”

Other than good television, Phil’s real goal with ‘Tough as Nails’ was to change the public perception about a career in the trades.

“There are lots of great trade jobs where some kids, boys, and girls, might have a really good career with good paying jobs and some security, and be part of a union and have health care benefits and be part of a brother and sisterhood where they feel like they belong somewhere,” Phil says.

While celebrities like Phil Keoghan, John Ratzenberger, and Mike Rowe are using their voice to raise awareness and celebrate the trades, it’s up to you to take the next step.

Showcase what you do on a local level. Get involved with vocational programs in your area. Get out there and be an advocate for your industry and together we can overcome the workforce shortage.