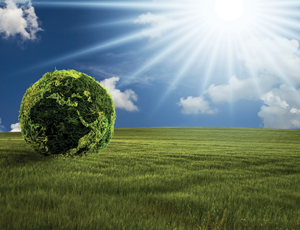 As more manufacturers shift toward low GWP refrigerants, it’s important to look at some of the misconceptions surrounding them.

The industry is making the steady shift towards low GWP refrigerants, and one that is emerging as a “go-to” refrigerant for many equipment manufacturers is R-32, classified as A2L (lower flammability).

According to ASHRAE, more than eight million mini-split systems around the world are using the R-32. While initial reactions are to shy away from something that is considered “new,” the statistics shows that R-32 isn’t really new and is much safer than you might think when you hear “flammable.”

“The current standard refrigerant for HVAC applications is R-410A, which is a blended refrigerant comprised of 50 percent R-32,” says Philip Johnston, PEng, GM, Low GWP Program Leader at Daikin Applied. “Being non-proprietary, it’s available from many chemical suppliers, and that has helped R-32 become the standard around the world as a replacement to R-410A refrigerant.”

Johnston adds that mechanical contractors and service technicians are already knowledgeable and skilled in its safe and effective handling in many HVAC applications, including residential splits, VRF, scroll chillers, rooftops and window units.

“R-32 has become the de facto global standard to replace R-410A in many HVAC applications,” he says.

One of the biggest concerns about R-32 is that it is dangerous because it is flammable.

“The question has always been about its flammability and would an industry that had grown up with refrigerants that were completely non-flammable, would they accept a refrigerant that had some flammability characteristics to it?” says Mark Menzer, retired director of public affairs for Danfoss and current volunteer for Citizen’s Climate Lobby. “As the industry has looked at what all the other options are, they realize that refrigerants with some measure of flammability, albeit, low flammability, are basically what’s going to be available in the future.”

Taking a closer look at what falls between 1 (non-flammable) and 3 (highly flammable), ASHRAE realized the need to divide that between flammable and mildly flammable, so they came up with the designation 2L — L for lower flammability.

“Low flammability has the certain requirements about how much ignition power it has and how fast the flame moves,” Menzer says. “Basically, what it means, is that something that’s flammable, you put a match to, take the match away and boom, it sustains a flame.

“Something that has lower flammability, you can put a match to, it will burn while the match is there. Take the match away and the flame would go out,” he explains. “It doesn’t have enough energy to keep a flame going … it’s flammable but has low flammability.”

This is the characteristics of R-32, which is why it fits into the A2L category.

“R-32 has a low burning velocity and requires higher minimum ignition energies (MIE) to ignite,” says Scot Swan, global marketing manager, HVACR for Arkema. “As a result, R-32 is difficult to ignite with most spark sources, and usually only ignites with open flames.”

Going a step further, not only is R-32 safe, equipment manufacturers are instituting various protocols to ensure safety.

“National and international safety standards have been modified to address the use of A2Ls by requiring HVAC equipment and systems are engineered with various features that enhance safety,” he says. “More than 100 million R-32 units are operating safely worldwide in chillers, packaged rooftops, VRF, residential splits and window air conditioning units.”

As with anything new, there is a learning curve. Many contractors worry that a new refrigerant means new, extensive training for their technicians. But, while there will need to be some training, it isn’t something Menzer would call “extensive.”

“For the professional contractor and technician, this is a real opportunity again, to differentiate yourself, being able to use these,” he says. “So, it requires training, but I would not call it extensive training.”

The good news, according to Swan, is that many organizations, such as Air Conditioning Contractors of America (ACCA) and Air-conditioning, Heating & Refrigeration Institute (AHRI), as well as many OEMs, are putting together training manuals now to ease this transition.

“When the HVAC industry experiences a refrigerant transition or the introduction of a new technology, HVACR technicians receive training from manufacturers and distributors,” Walker says. “A shift to R-32 refrigerant will follow that successful path. We expect technicians will find many available training programs and educational resources.”

Similar to the fear of sinking valuable resources into training, so too is there a fear of having to invest heavily into new equipment to handle R-32. Fortunately, you won’t have to go out and completely re-equip your technicians.

“Some tools need to be specifically designed and rated to handle A2L refrigerants,” Swan says. “Vacuum pumps, recovery machines and leak detectors need to be designed to handle A2L products, but not necessarily basic tools or gauge manifolds. If gauges are rated for R-410 then they are most likely acceptable for R-32.”

Because R-32 is a pure, single-component refrigerant, Johnson points out, service technicians can be confident that the composition has not changed over time, so it is easy to top off during a service call.

“With non-azeotropic blends, it is generally not recommended to top off,” he warns. “The system may need to be evacuated and then recharged with new refrigerant, which can be costly in terms of materials and labor.”

In terms of toxicity, this is another big myth surrounding R-32. In addition to having 1, 2 and 3 categories for flammability, ASHRAE also has an A and B category for toxic and non-toxic.

It’s important to point out that R-32 does not present any new health concerns over R-410A, and Swan cautions technicians to always read the Safety Data Sheet (SDS) before working with any refrigerant.

“It is important to become familiar with the specific hazards as well as the PPE required to work with them,” Swan says. “In fact, R-32 is 50 percent of the blend of R410A so the health safety precautions would be similar for R-32 or R-410A.”

A2Ls, like R-32, have a permissible exposure limit of >400ppm by volume, which is the same as many other commonly used refrigerants like R-410A.

In the past, one reason the refrigerants used by the industry were chosen was because they were efficient refrigerants. When the discussion started about switching to low GWP refrigerants, many said, “Well, one thing we’re going to have to give up is some efficiency.” Not so fast!

“And as it turns out, (R-32 is) by nature a more efficient refrigerant,” Menzer says. “And then you can redesign equipment to take advantage of its properties and get even more efficiency. So, we don’t lose anything in efficiency and, in fact, we gain something by using R-32.”

Johnston expands on this notion, stating test data from Daikin’s labs of inverter-driven compressors for rooftop units and water-cooled chillers that found full-load and partial-load efficiency rating metrics can be improved by up to 12 percent using R-32 instead of R-410A.

To Menzer’s point about redesigning equipment to take advantage of R-32’s properties, Swan says this brings exciting possibilities for contractors and homeowners.

“It means the unit will use less energy, and the equipment can potentially be downsized and still cool a home as well as a larger R-410A unit,” he says.

With only a minimal investment in training and equipment, one other way some worry R-32 could break the bank is the cost of the refrigerant itself. Here again we’re dealing with a myth.

Not only is R-32 comparable in cost to today’s R-410A, it is much more economical than other R-410A alternatives.

“In addition, the charge size in a unit is about 20 percent less than a regular R-410A unit,” Swan says. “Meaning, you need less refrigerant product in the unit to cool in the same manner as R-410A.”

As far as availability goes, rest assured you will have no trouble acquiring R-32.

“R-32 is widely available, manufactured by numerous refrigerant producers and distributed globally,” Walker says. “There are no patents on the basic molecule. Certain alternative low-GWP blends can be proprietary to the companies that own the patents, potentially limiting access and supply.”

Swan underscores this, stating that Arkema produces R-32 at its facility in Calvert City, Ky. and is currently available commercially.

One concern with many of the blended refrigerants used today involved reclaiming and recycling. If a technician isn’t careful, they can knock the blend out of proportion.

“You can end up with more of one part than another part,” Menzer says.

R-32, however, is a pure refrigerant, which means that it is easily recovered for reclaim.

“A huge benefit of R-32 vs. blends, like R-410A, is that it is a single component refrigerant. This,” Swan says. “Reclaimers do not have to separate out other refrigerants and, after removal of oil contaminants, can return the material to refrigerant grade at lower cost.”

A single component refrigerant, like R-32, can’t lose its composition like many blended refrigerants and will retain its quality over time.

“R-32 can be topped up and recharged in the field, in both liquid and gas phases, without composition changes. It is easy to clean and reuse on-site,” Johnston says. “R-32 can be reclaimed and recycled off-site with a simple cleaning process compared to blends with HFOs that are typically reclaimed by being distilled to their base components and then remixed.”