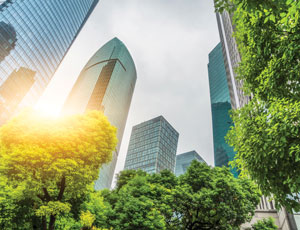 As manufacturers move to low global warming potential refrigerants, such as R-32, here’s where we stand as an industry.

After the 1987 Montreal Protocol, moves began to phase out refrigerants most harmful to the ozone. Harmful chlorofluorocarbon gases such as R-22 were replaced with blends like R-410A and R-407C because of their zero-level ozone depletion potential. Unfortunately, however, the HFCs were found to have even greater global warming potential (GWP).

It’s clear the writing is on the wall, as stated in Part 1 of this series on low GWP refrigerants (Refrigeration Regulations are Changing).

In 2016, the parties to the Montreal Protocol agreed to phase down the use of HFCs citing, among other concerns, the continued increase in refrigerant usage and emissions that are expected to rise as access to refrigeration and air conditioning continues to increase in developed and developing nations.

The Kigali Amendment to the Montreal Protocol is now in force, having been ratified by more than 90 countries and is designed to reduce the production and consumption of these heat-trapping gases more than 80 percent over the next 30 years. A certain percentage of these refrigerants needs to remain to service existing equipment and for use in refrigerant blends.

As a result, some manufacturers are now phasing out HFC refrigerants. The challenge in deploying lower GWP refrigerants come with trade-offs. Many alternatives exhibit more flammable properties than refrigerants they would replace (designated as ASHRAE A1).

The HVACR industry has been actively working to address this issue for 30 years and by developing a new classification of refrigerants, known as A2L, aimed at meeting the most recent lower GWP challenge.

The Air-Conditioning, Heating, and Refrigeration Institute (AHRI) Safe Refrigerant Transition Task Force (Task Force) was established in 2019 to address every step of the supply chain in the transition to safe low-GWP refrigerants.

To date, the Task Force has led in-person and online educational sessions on regulation compliance and safety standards and codes, all of which are of critical importance to contractors, technicians, code officials, and members of the fire service.

All refrigerants have pros and cons to their use. But in determining what gas to use in their next-generation equipment, manufacturers consider more than the environmental impact.

Obviously, contributions to ozone depletion and global warming are of vital importance, particularly when it comes to meeting government regulations. Still, when choosing to adopt a new type of refrigerant, manufacturers also consider safety, compatibility with materials, cost of production and energy efficiency.

Although “mildly flammable,” R-32 has a number of environmental and end-user advantages. R-32 has a much lower GWP than R-410A (675 compared to 2088) and could reduce refrigerant charge in certain equipment by up to 40 percent.

Based on comprehensive evaluation and testing, Daikin concluded R-32 is the ideal low-GWP alternative to R-410A. The company also took a holistic approach to include safety, energy efficiency, and cost-effectiveness.

R-32 has been the dominant refrigerant for residential HVAC equipment in Japan for several years, where it accounted for 25 percent of all residential units in 2018 — more than 25 million. Likewise, the refrigerant has become a popular choice in China and many European nations.

According to Daikin, R-32 is used in more than 84 million residential units in 70 different countries. Daikin itself has sold more than 21 million R-32 residential units globally. Daikin is not alone in choosing R-32 … it is quickly becoming the refrigerant of choice for many manufacturers.

In addition to having a lower GWP than R410A, R32 systems use up to 20 percent less refrigerant than R410A, making them more efficient and cost less to operate; has an Ozone Depletion Potential of 0 and is easier to recycle than R410A, as it is a single component refrigerant.

There are many lower-GWP refrigerants available. While R32 is a popular choice, due to its availability, performance and efficiency, according to Danfoss, R-454B and R-452B also offer convenience and, potentially, low system qualification costs. Further alternatives are also entering the market.

In 2018, Carrier announced that R-454B as its primary lower GWP solution to replace R-410A in all of its ducted residential and light commercial packaged solutions sold in North America. The new refrigerant, to be offered in these Carrier products beginning in 2023, is expected to surpass the requirements of anticipated future regulations.

Carrier has been working with The Chemours Company, who will produce and distribute the new refrigerant in North America. With a GWP of 466 — one-fifth that of R-410A — R454B refrigerant was selected to minimize environmental impact and energy use, while improving performance, safety and longevity.

According to Danfoss, as a straight R-410A system replacement, R-32 has around 10 percent more capacity. As a result, a new system built for R-32 will deliver higher cooling capacity or require smaller displacement compressors to achieve the same capacity. Efficiency gains over R-410A are expected, provided the system and component designs have been optimized for R-32.

However, R-32 has a high discharge temperature which can limit its operating envelope unless the issue is handled by design or some type of injection, Danfoss says.

R-452B is the closest drop-in equivalent to R410A in terms of capacity and efficiency. R-454B delivers slightly less capacity but has the benefit of an even lower GWP. Both refrigerants allow the fastest conversion from R410A and give multi-refrigerant flexibility, allowing late-line customization.